A new study from the Brookings Institution quantifies the economic cost of internet shutdowns around the world over the past year, including those that occurred in Pakistan.

This is the first time an attempt has been made to determine the losses due to internet outages in Pakistan.

Brookings Vice President Darrell West authored the study, in which he examines 81 short-term shutdowns that occurred in 19 countries between July 1, 2015 and June 30, 2016. He identifies the duration and scope of each shutdown, determines the population affected, and estimates its impact on Gross Domestic Product (GDP).

West identified 6 internet shutdowns that occurred in Pakistan during that time and estimates that they cost a total of US$70 million, contributing to a total global cost of US$2.4 billion due to internet blackouts.

A table showing the cost incurred by each of the 19 examined countries is included below. 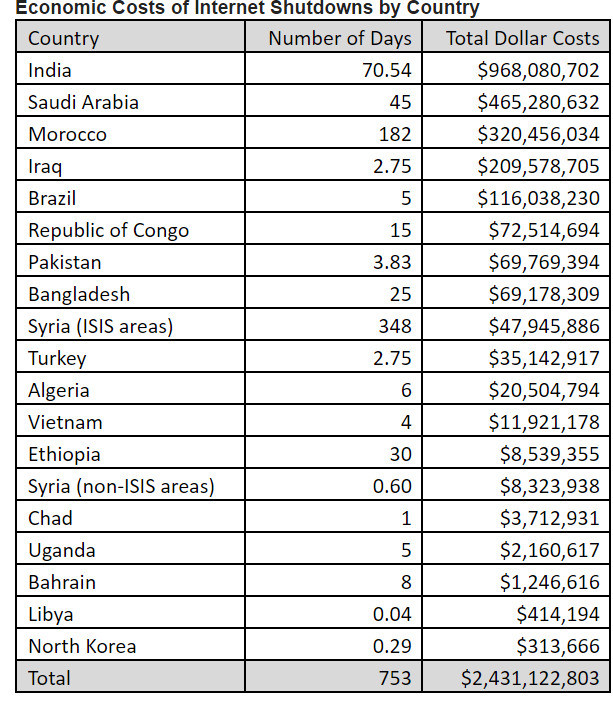 According to the study, it will only become more expensive for nations to shut down the internet as the digital economy expands. And without coordinated action by the international community, this damage is likely to accelerate in the future and further weaken global economic development.

“As long as political authorities continue to disrupt internet activity,” writes West, “it will be difficult for impacted nations to reap the full benefits of the digital economy.”