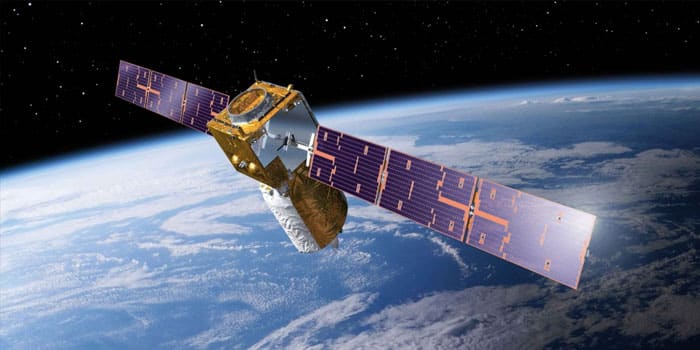 China and Pakistan have reached an agreement to develop a satellite to monitor routes China-Pakistan Economic Corridor (CPEC).

On Saturday, an inaugural session of the national conference on space science and technology was organized by the Institute of Space and Planetary Astrophysics (ISPA), University of Karachi at Arts Auditorium KU. In the session, Sindh Minister for Transport, Syed Nasir Hussain Shah, made the news public. “Our ministry is using space technology to monitor the road system and the port management as well,” he stated.

Faculty member of Geography department, professor Dr. Jamil Hasan Kazmi said that majority area of Karachi is composed of hills and as a result, two-thirds of the city was still not inhabited.

While explaining the importance of space science, he added, “Citizens suffered heat stroke last year due to inefficient material usage in the construction of high-rise buildings of the city. Karachi has become a heat island. Difference of temperature reaches up to five degrees from Malir to Defense or Clifton.”

Another professor, from Institute of Space and Planetary Astrophysics (ISPA), quoted his research work. Dr. Shahid Qureshi said that pre-calculated lunar calendars had been in use for centuries by Jews and Hindus.

“Muslims on the basis of their faith do not use such pre-calculated lunar calendars for religious purposes.
Global lunar calendar is not practical scientifically, socially and from perspective of religious aspects,” he added.

Professors of Geography department, Professor Dr Jamil Kazmi, Dr Salman Zubair and Dr Lubna Ghazal, put forth their research which highlighted the fact that 65 percent of schools in Karachi have improper locations. Due to the location, it poses a threat to the students.

Institute of Space Technology Karachi professor, Badar Munir Khan Ghauri, presented his paper on climate change and droughts in Pakistan. He mention that Pakistan was one of the countries which was severely hit by the climate change.

“Satellite data can significantly contribute to monitoring drought. It has been noticed that the dry weather moved towards northeast from southwest of Sindh during last few decades.