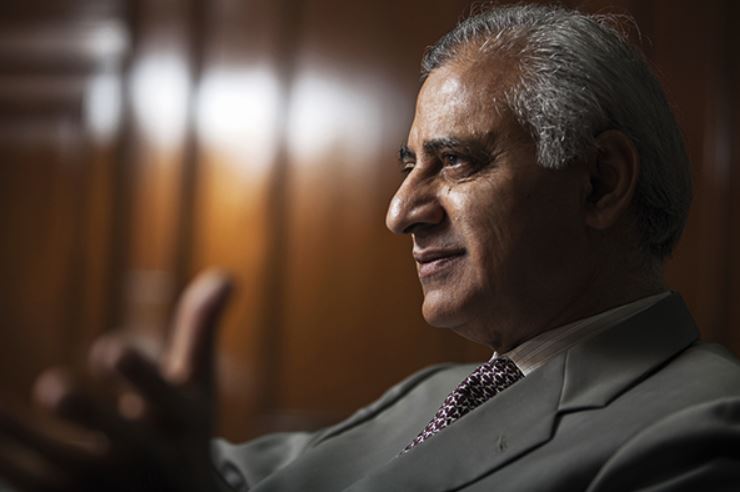 Ashraf Wathra, the governor of the State Bank of Pakistan (SBP), was named Euromoney’s Central Bank Governor of the Year 2016 at a reception at the National Press Club in Washington DC on Friday, held during the annual IMF/World Bank meetings.

Wathra joins a list that includes some of the best-known figures in the central banking community who have won this award over the past 30 years. Presenting the award, Clive Horwood, the editor of Euromoney, mentioned Wathra’s role in boosting Pakistan’s financial credibility among the international community.

Since Wathra become governor of the SBP in 2014, Pakistan has been one of the best-performing countries in the Euromoney Country Risk rankings, a sovereign rating service that asks independent economists and analysts to measure risk factors, with sharp improvements in its overall, economic and political scores.

Euromoney has listed several indicators to arrive at its conclusion:

For bringing stability to Pakistan’s currency; successfully completing an IMF programme; helping to move the economy from a period of stabilization to an era of potential growth; improving governance, both of the central bank and Pakistan’s banking system generally; reducing direct government financing from the central bank, which should improve banking sector profitability and the efficient allocation of resources; boosting the country’s capital markets; and bringing confidence about Pakistan’s future domestically and internationally.

Euromoney also lauded efforts by Wathra to bring financial services to the unbanked in Pakistan, where around only one in five people has a bank account. The positive effect such financial inclusion programmes are likely to have on the country’s economy will become apparent in the years ahead.