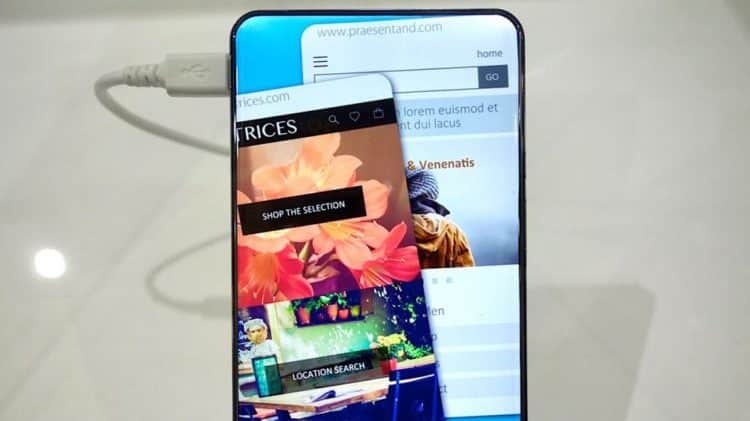 It would be harsh to call out even the bigger players right now in the Smartphone business for lack of innovation. There are only so many ways you can alter the shape of a boring slab, but credit must be given to the smaller parties such as Sharp for keeping the dice rolling.

Sharp is mainly known in the smartphone business for its Aquos phones, which are essentially the smartphone counterparts of Dell XPS laptops. However, its latest smartphone concept, the Corner R, is a thing in its own league.

Boasting a 5.2-inch 1080p panel on the front, the main feature of the Corner R is its bezel, or rather the lack thereof. The panel is an IGZO LCD coupled with Sharp’s Free-Form Display technology which allows the display to be rounded off from the corners.

While there are ways to give impression of rounded corners through special software, like the macOS of previous years, the fact that it is possible to do this for real makes for something special. It really is a sight to behold.

We are slightly skeptical of the protection the lack of bezel provides the phone, but we guess most users will use a protective case anyway. The company is also using the Free-Form technology for various other implementations, including those for smartwatches and VR headsets.

Other specifications regarding the phone itself and the display (apart from 425 ppi density) are not known, but let’s hope the final product is something similar when it makes it to the market.

Right now, the Sharp Aquos phones are available in limited markets, yet remain one of the more eye-catching phones out there. For making a genuine effort to stand out, Sharp deserves a firm pat on the back.