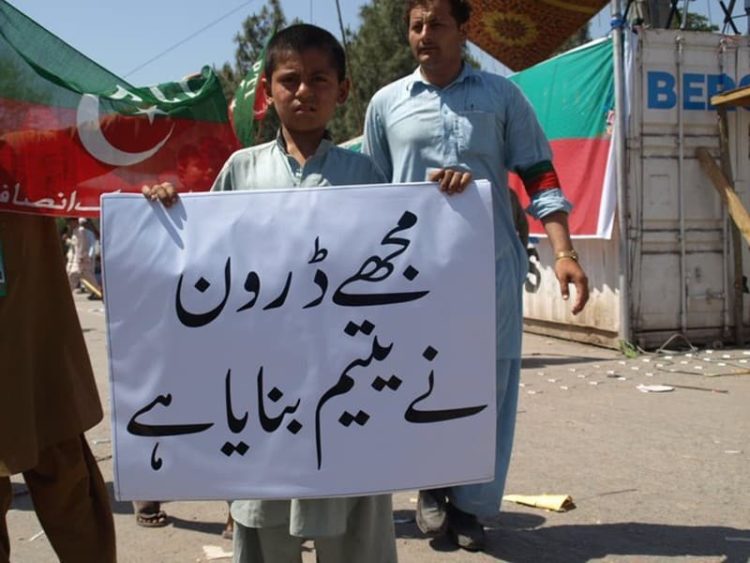 Since 2004, America has been practicing in a new kind of clandestine military operation – it started using military drones that killed targets from afar.

Following the outbreak of the war on terror, Pakistan also became a testing ground for drones, killer unmanned aerial vehicles (UAV) that flew in tribal areas and hunted down targets with little to no thought about collateral damage.

The justification for using the drones by America was offered as such – that it minimizes the loss of American lives, gave it more political mileage to take out targets without the need for ‘boots on ground’ in foreign territories, and so on. What was not apparent in the early days of drone warfare was, that it also increases the risk of innocent lives being lost as its accuracy isn’t 100 percent. As civilian casualties mounted up, so did questions regarding the efficacy of drone warfare.

Compiling data from independent sources about drone attacks and their effects over the years was always going to be challenging task in itself. But thanks to this website, researchers, students, historians and anyone else can take a look at how drones have wrecked havoc since their introduction in 2004.

This website provides an animation and information-rich overview of drone attacks that have occurred in Pakistan. It keeps a complete record and timeline of all the lives lost in a drone attack, even letting you use filters to determine how many children or adults, local residents or foreigners lost their lives to this hi-tech instrument of war.

Here is how the drone attacks are displayed on the main page of the website. 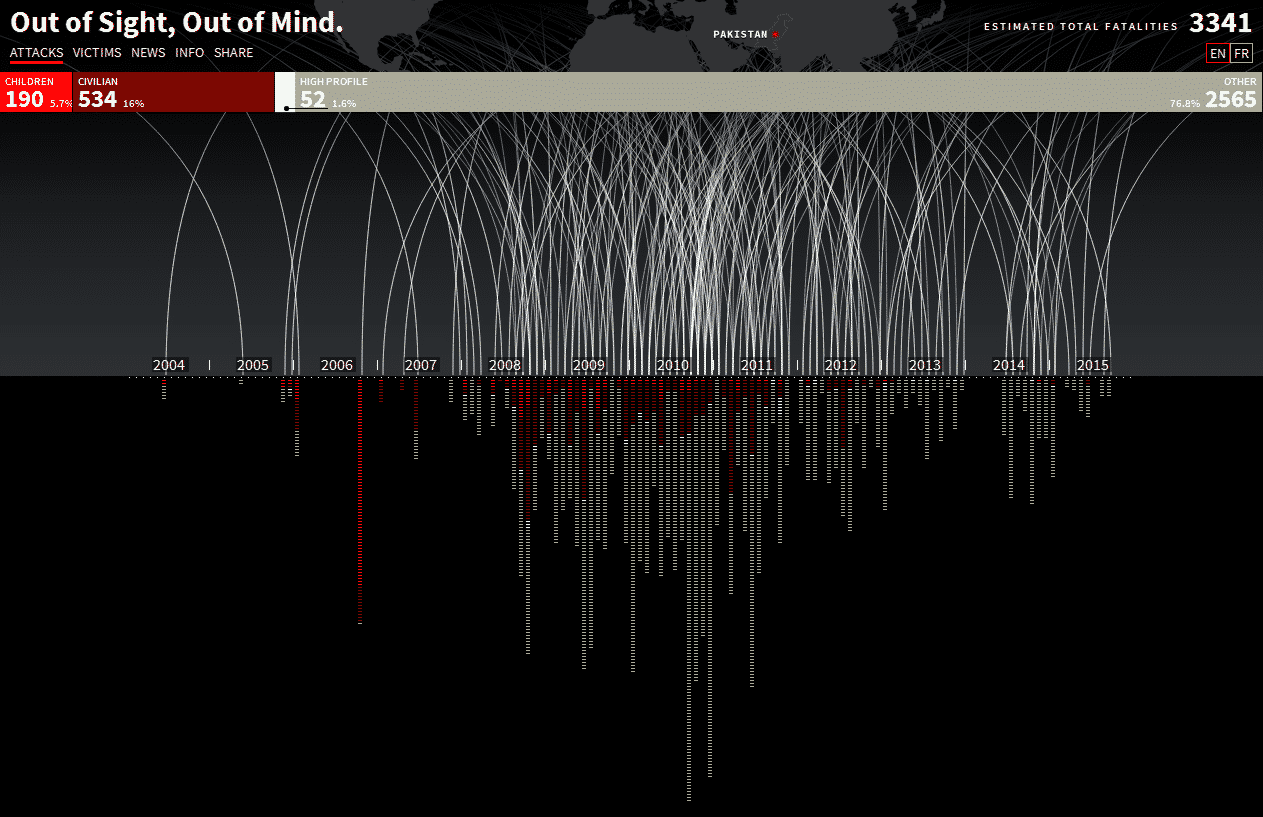 The drone attacks are viewed on yearly basis along with death tolls. The color coding scheme identifies whether a child died, a civilian, a high ranked official or a foreigner.

Hovering over a particular drone strike will give out additional information regarding the attack; date, where the attack occurred, timing, casualties and a little more information.

“The first view you see illustrates the attacks by the drones. We also wanted to give an emphasis on the victims. By clicking on the Victims link you can see an expanded view of the actual victims with the total number of attacks and fatalities for each month.” 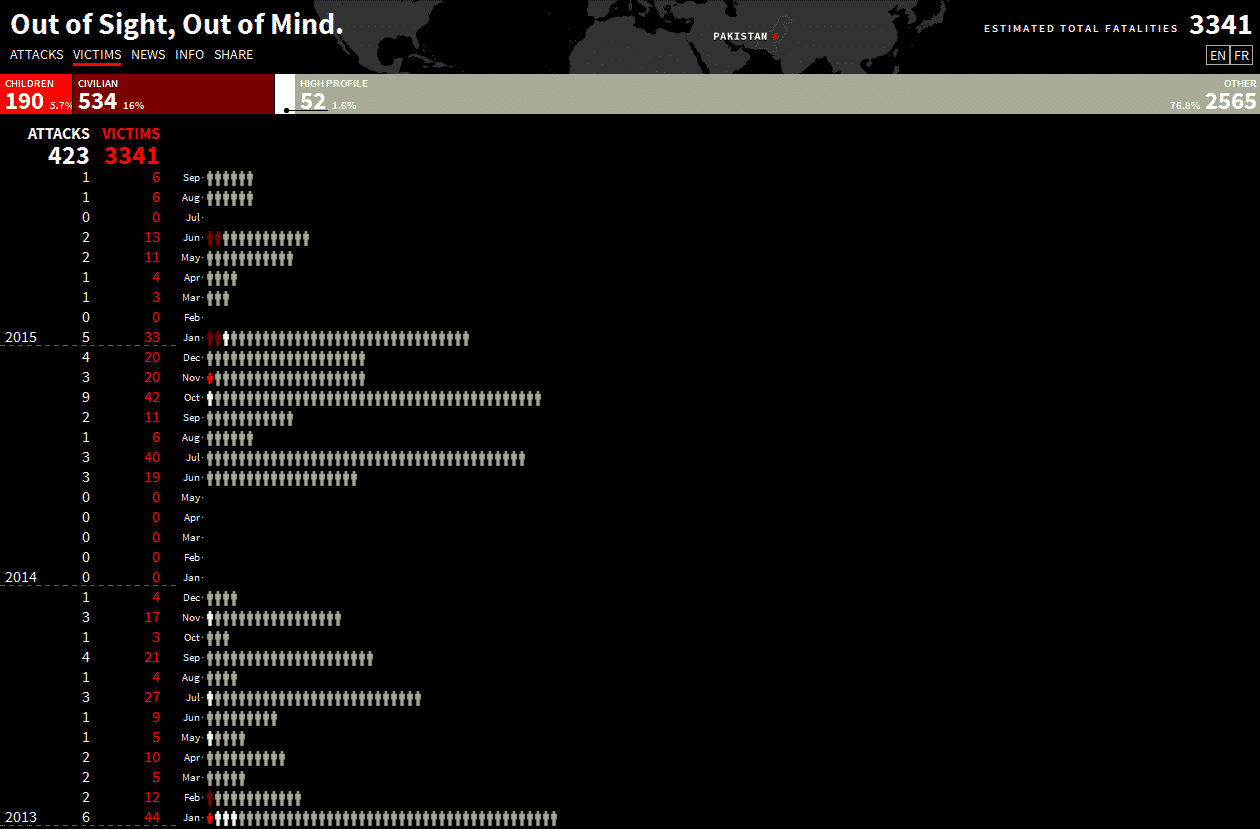 The data this website utilizes comes from dataset maintained by the Bureau of Investigative Journalism (BIJ). BIJ is a nonprofit organization with an aim to educate the public and media on realities of today’s world with honest reporting.

The purpose of a website like this is absolutely essential since the U.S. Government does not disclose strike information. Data about drones have been manually collected on the ground by reporters and verified. In case of variation between the ground sources, an estimation of minimum and maximum number of fatalities are recorded. The statistic of high profile targets is gathered from the New America Foundation.

For those looking into the effects and data on drone warfare over the years, this website serves as the most comprehensive resource.