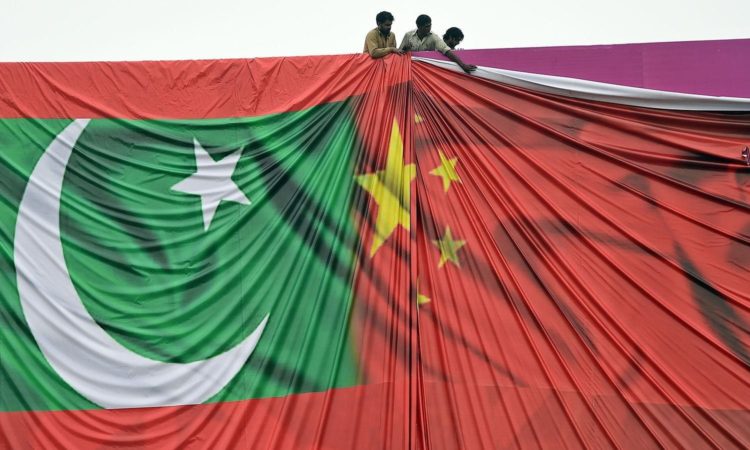 CPEC, or the China-Pakistan Economic Corridor, is being called a great many things. Game-changer, the answer to all our problems, Pakistan’s economic trump card and what not.

For a project that’s so magnanimous and crucial to our nation’s future, it is a sad state of affairs that the government of the day has not done a good job of clarifying misconceptions about the mega project.

Some say that project isn’t fully revealed to the public even.

What was essentially the federal government’s job, to bring all stakeholders together and provide accurate, clear and up to date information about the project’s progress with time in a transparent manner, is been done by the most unlikeliest of individual.

Lijian Zhao, a Chinese diplomat based in Islamabad, Pakistan, has taken to Twitter and has been answering questions regarding CPEC and its progress in a clear manner.

He has already won his fair share of admirers and critics who wish to know more about the project and how it is transforming Pakistan little by little.

Mr. Zhao believes that all things are worthy of being highlighted, based on the good work done in Gwadar. Here he tweets about an school built for Gwadar’s residents:

Small and beautiful-1st project completed under CPEC is in Balochistan (Part II): School land donated by a local citizen, built in 10 month pic.twitter.com/jpnmWxIs4j

He has demonstrated a keen understanding of foreign relations and diplomacy, as seen by his response to a Pakistani Senator here:

He has kept his followers regularly apprised of finished projects and their details:

His blow by blow account of how Gwadar is transforming with CPEC’s progress has been received well:

Too dazzling to believe: this is on September 25. A Chinese ship named Tianfu docking at Gwadar. Gwadar will receive many more ships like it pic.twitter.com/xds2j0iyid

To ensure that Pakistanis don’t miss out with increased Chinese engagement in the region, Mr. Zhao also tweets about how Pakistan can forge deeper cultural and linguistic linkages with its all-weather friend:

And to drive home the whole point about deeper cultural and linguistic linkages between the two neighbors:

The Chinese diplomat doesn’t just focus on CPEC exclusively. He also keeps his followers apprised of the initiatives the Chinese Embassy is undertaking in Pakistan as well:

It is heartening to see that a credible and reputable friend of the Pakistani people is using social media to address concerns about the CPEC. People like Mr. Zhao might just dispel misconceptions and work to ensure that the benefits of the $51 billion mega project reaches the people of Pakistan.