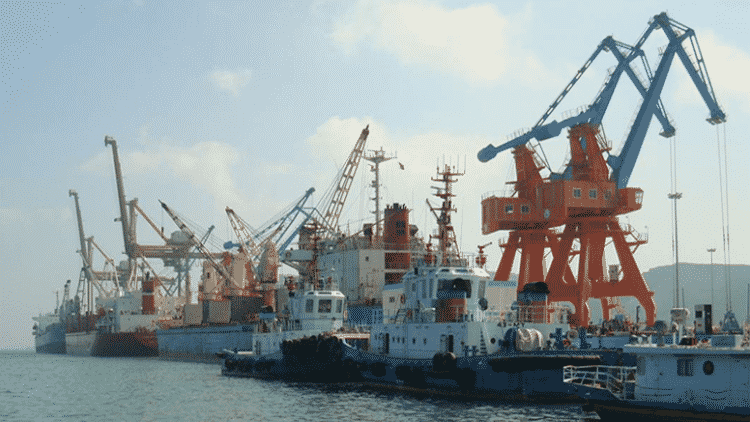 Much anticipated first glance of the Gwadar Port has been released. Based on the video, it is safe to say that the aerial view of the deep sea port looks mind boggling. The lavishing aerial view of the light blue color of water to the mountains on the ground, it all adds flavor to the port.

Situated on the Arabian Sea, Gwadar Port has been the focal point of many controversies in the past. Identified in the year 1954, a small wharf was completed in the year 1992. The delay had been due to occupation of the port by the Oman, which Pakistan bought for US$3 million on 8th September 1958. It officially became a part of Pakistan on 8th December 1958, after 200 years of Omani rule.

Gwadar Port’s construction, after many hurdles, was decided to be completed in two phase:

Phase I covered building of three multipurpose berths and related port infrastructure and port handling equipment. Phase I started in 2002 and was completed four years later, in 2006.

Phase II, which is still ongoing in collaboration with China under CPEC, is expected to cost $1.02 billion. This phase focuses mainly on building terminals, expressway, desalination plant, 360 megawatt coal-fired power plant and much more.

CPEC have helped Pakistan in various matters but their own interest lies mainly in the complete functional Gwadar Port. It is expected that by 2017, the port will handle over one million tons of cargo, most of which will consist of construction materials for other CPEC projects. China Overseas Port Holding Company (COPHC) plans to eventually expand the port’s capacity to 400 million tons of cargo per year. Long terms plans for Gwadar Port call for a total of 100 berths to be built by 2045.