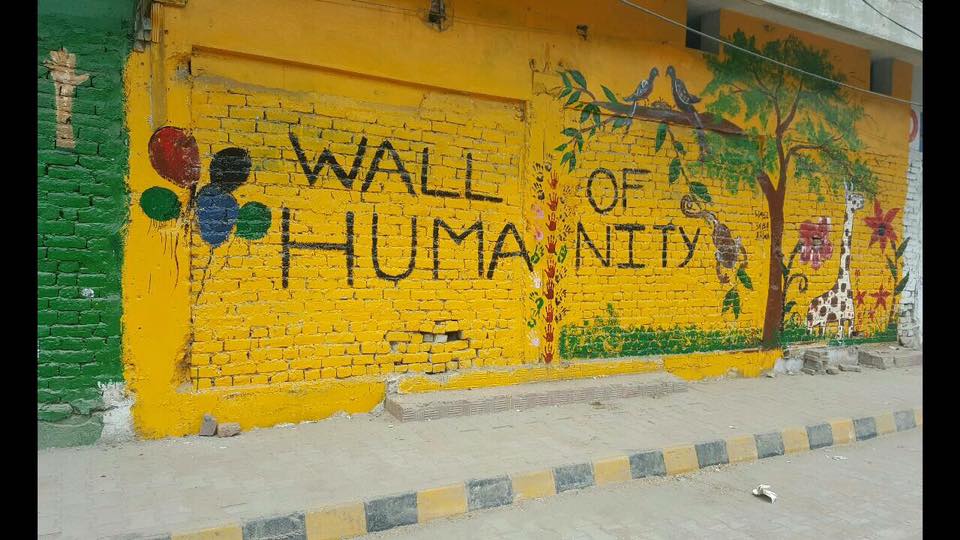 This year has been hard on everyone of us and it is quite easy to lose ourselves in the darkness that seems to have engulfed the world. Yet, we cling on, and every few days, we do manage to hear something that warms our hearts and rekindle the hope that seemed to have gone out along the way. This is one of those things!

Wall of Humanity, also known as “Deewar-e-Insaaniyat”, has managed to transcend all the barriers, physical as well as mental, between the two angry neighbors, Pakistan and India.

The concept is slowly going viral across the country and residents in Bhilwara and Nagpur have been seeing donating unwanted clothes for the needy.

What is Wall of Humanity?

Originally known as “Wall of Kindness”, it originated from Iran. The idea seems to have come from the city of Mashhad where someone installed a few hooks and hangers on the wall and wrote,

It touched the hearts of other Iranians and donations started appearing in the form of coats, trousers, etc. The concept quickly caught on and spread to other cities of Iran as well and even caught the eye of BBC.

In February of 2016, Wall of Kindness was also brought to Pakistan, thanks to Do-Good Mob, a social initiative founded to drive civic and social responsibility into the community.

“Wall of Humanity” or “Deewar-e-insaniyat” works on the same lines. It came into being in February as well and was the brainchild of Rohayl Varind, a 21-year-old. It is different from Wall of Kindness in the way that it organizes an event every week at Wall of Humanity in which needy and poor people gets food, medical checkup, medicines and ration such as wheat, milk, rice, etc., all for free.

Rohayl started this project in Faisalabad, Pakistan with the sole purpose to help the poor. He also said that more than 25,000 people have been helped, thanks to the Wall of Humanity.

“The concept was to transform a simple wall into a welfare center which would be open for donors 24/7,” says Rohayl.

It went viral in Pakistan, earning praises from people all across Pakistan — thanks to Ufone supporting the activity — on social media, and was covered by popular news channels including Samaa TV, Ab Tak, and 92 News. Now, a number of Indians from the cities of Bhilwara and Nagpur seem to have also caught on to this concept and are using it to help the poor and the underprivileged.

You can visit Wall Of Humanity’s website for more images.

“We wanted this model to spread and this is spreading all over the world and we are really happy that after many months our model and idea is being replicated and thousands of people are getting benefits from it,” said Rohayl.

Another variation of this concept, ‘Neki ki Deewar’ has also been spotted in the Indian cities of Varanasi and Jaipur. Whatever the state of relations between the two countries, it is good to see such a positive concept spreading from one place to other.