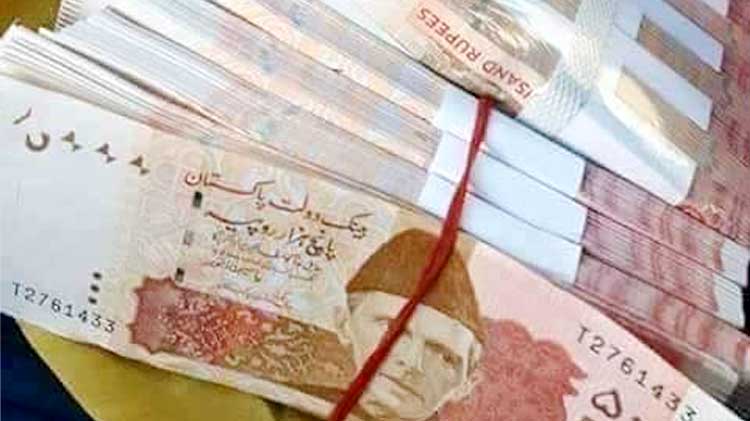 After Indian Prime Minister Narendra Modi’s announcement of demonetisation of Rs1,000 and Rs500 banknotes a few days back, Osman Saifullah Khan, Senator (PPP), has submitted a resolution in the upper house of parliament, seeking demonetization of Rs 5,000 and Rs 1,000 currency notes in Pakistan.

“The house urges the government to take steps to withdraw from circulation as legal tender the high denomination Rs5,000 and Rs1,000 notes so as to reduce illicit money flows, encourage the use of bank accounts and reduce the size of undocumented economy,” reads the resolution.

What Good Will It Yield?

The reasons behind this proposal is to stop and monitor illegal money activities, along with encouraging people to use the banking services more often.

This resolution has the potential to launch a crackdown on black money circulating in the economy, said Saifullah Khan.

State Bank of Pakistan’s Oppostion to the Resolution

SBP has itself opposed the changes. The Rs5,000 denomination was introduced under the government of former president Gen. Pervez Musharraf. The SBP strongly opposed that change since it believed that it made it easier for people to keep cash rather than to deposit and use banking services.

Similarly now, SBP are claiming as there is no reason for the withdrawal of the high currency notes, according to Abid Qamar who is the chief spokesman for SBP.

Around 100 million adults in Pakistan do not have access to financial services, formal and regulated both, according to a World Bank report.

Official statistics reveal, the citizens of the country have been keen on making a shift towards cash as a response to government’s taxation policies.

In fiscal year 2015-16, Monetary Policy Committee (MPC) meeting revealed that the growth in banking sector deposits was far lower than the previous year while the currency in circulation increased at a much rapid pace.

“People cannot keep money under their pillows,” said Federal Board of Revenue Chairman Nisar Mohammad Khan on Thursday. His argument, however, is not supported by the increase in currency in circulation this last fiscal year.