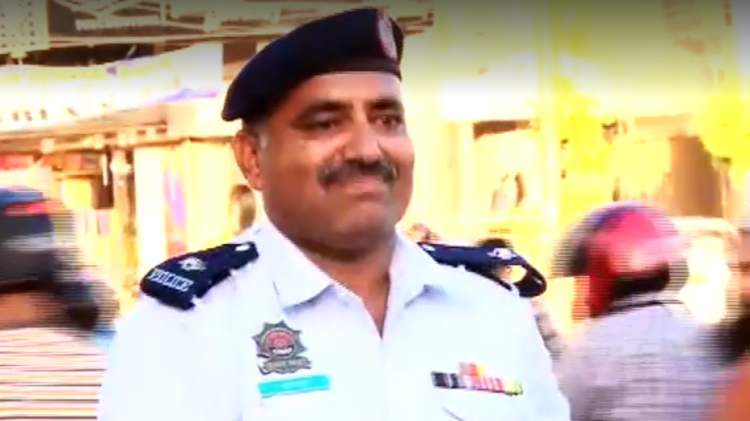 If you happen to be a Karachiite, you may have come across a smiling traffic warden when passing near the Ocean Mall roundabout in Clifton. 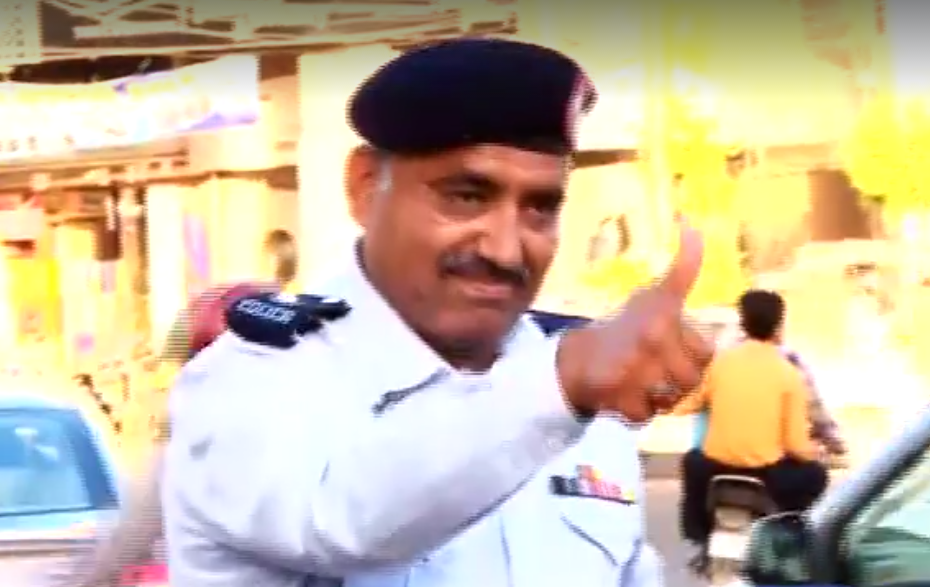 Ignoring the intense heat, standing there with a smile on his face and a pleasant demeanor, this official has been winning over people all across social media right now.

Meet Assistant Sub Inspector, Imtiaz Ali. Imtiaz is a traffic warden in the city of Karachi— a city known for its complete disregard for traffic laws. But Imtiaz isn’t giving up on his job and he has found a great way of trying to make people drive safe as well as obey traffic laws.

All he does is stand there with a smile and instructs people to obey traffic safety laws with hand gestures like tying a seat belt. 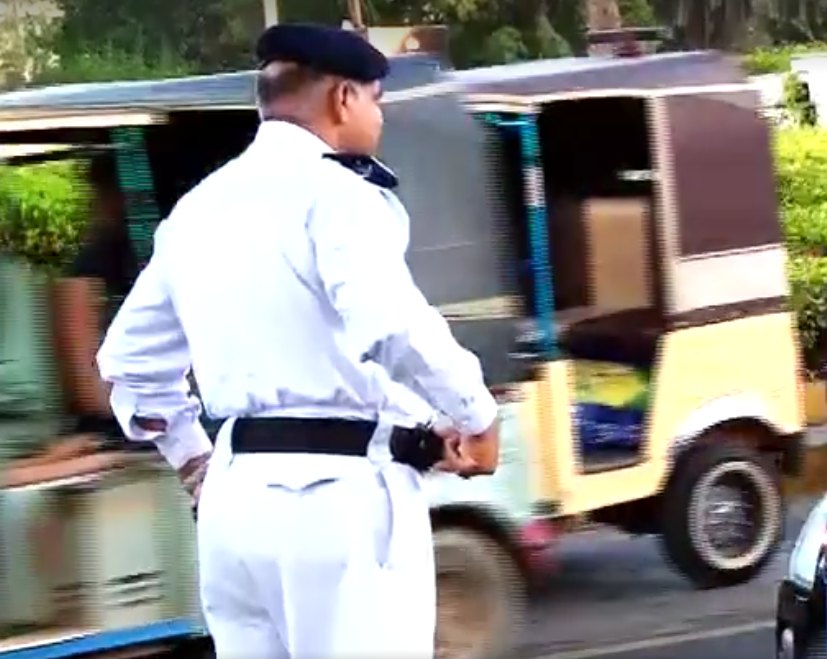 Goher Raza, a citizen of Karachi, came across this traffic warden last week. He was left impressed by how “instead of sitting in his office or stopping cars for (a) bribe, he chose to be in the middle of the road to make people aware patiently and politely.”

Raza made a video of Imtiaz, only to be stopped by the good traffic warden again for using his phone while driving.

He posted that video on Facebook and it touched the heart of many people. Within days, the video was liked more than 10,000 times, shared over 7,000 times and had over 300,000 views. Take a look at this video here:

It also caught the eye of media and Dawn News was quick to do a short story on Imtiaz Ali, the good-natured traffic warden of Karachi. That video has been seen more than half a million times in just under a day since it was posted.

“If your own behavior is good, Insha Allah people will become good themselves,” said Imtiaz Ali in an interview with Dawn News. (translated into English)

Imtiaz is a source of good news in a week that has cast a shadow on everything else. Standing there and sweating in the scorching sun, this official is still cheerful enough to be your bright moment for the day.

“People are so tired, they are coming from offices, they have their own tensions. I just tell them with a smile and they get happy and tie their seat belt.”