Google’s magical little search box is much more than just a way to check if the internet is working or not. You can use it to perform calculations, check currency rates, and translate texts as well, be it in the normal Urdu script or even when written in Roman Urdu.

Google Translate has been around for quite a while, letting you translate texts from one language to another. It supports over a hundred languages, including Urdu.

However, the lack of Urdu-script keyboards somewhat curtails our ability to translate a piece of text from Urdu to English or from Urdu to any other language.

Fortunately, there is a nifty little trick that you can use to get Google to translate Roman Urdu— Urdu words written using English alphabets— in English, or any other language you want to.

Apparently, Google has trained its search algorithm to detect Hindi words written in Roman English. Since a lot of words between the two languages are similar, you can use it for Urdu as well. I have tried it out and it worked great for the most part, and almost all of the words I tried to translate gave me a correct result.

Here is how you can do it.

Simply type the Urdu word you want to translate to English, followed by “in English”. However, this seldom works. If this doesn’t work for you, head over to the next point. 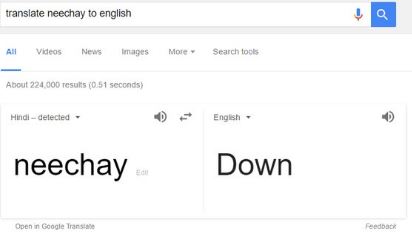 You can also achieve the same results with “Translate Hindi to English” term on Google. It will quickly pull up a nice Google Translate box right inside the search results. Write a word in the first box and it will translate it as best as it can for you in the next box. 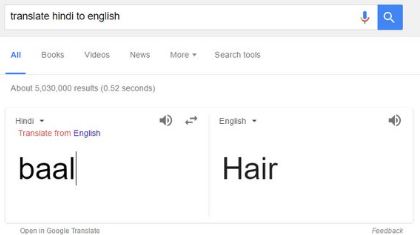 It should be mentioned here that Google should incorporate the same functionality for Urdu as well and not just Hindi as it does here. But given how most phrases in Urdu and Hindi sound the same, it works for most common phrases used in the subcontinent. Knowing Google, it may only be a matter of time before it does so. 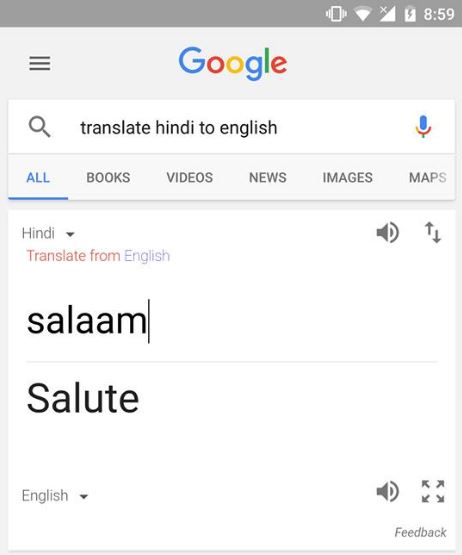 Google was excellent at detecting single words but messed up when translating sentences, or even a couple of words.

Nonetheless, it is definitely impressive. It is also one of the best solutions I have found to quickly translating an Urdu word to English without having to search for the word written in Urdu script.