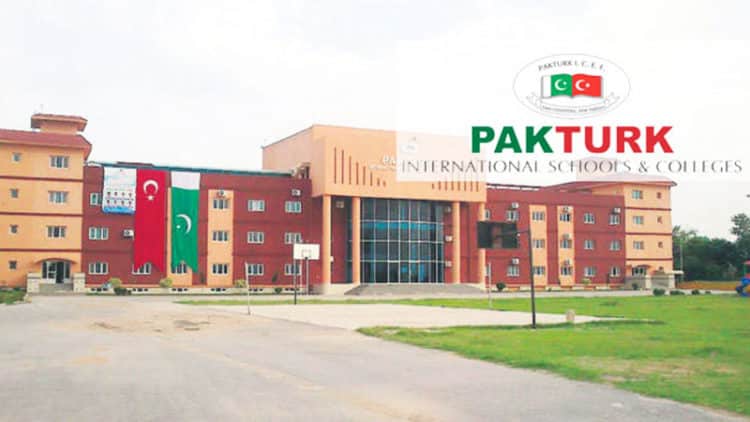 Erdogan is expected to arrive today on a two-day visit. He will also address a joint session of parliament, his third such since 2009, the most by a head of state.

Sources close to the interior ministry claim that the government has decided to deport the individuals in question by November 20th. The immigration officials have been given a heads up in this regard.

The Board of Directors also issued a public announcement on the official website,

“PakTurk International Schools and Colleges are deeply concerned over the abrupt decision of the government requiring the Turkish teachers, management and their family members numbering to approximately 450 individuals including the school-going children, infants and ladies to leave the country within three days – an extraordinary time constraint – in consequence of non-approval of their requests for extension of visa.”

“We are in touch with the related authorities and are constantly assessing the situation relying on the commitment of the Government of Pakistan’s concerned authorities through their written comments filed before the Honorable Islamabad High Court that they do not intend to take any adverse action against PakTurk International Schools & Colleges across Pakistan.”

According to the data gathered, there are currently 23 Pak-Turk schools in Pakistan, where 108 Turkish citizens are officially working. Including the families, the total number of Turkish citizens can reach as high as 400.

Pak-Turk management is expected to replace most of its staff with local teachers and other employees, while continuing the current batch of children.

Gulen runs a network of schools and Rumi Forum in Pakistan. Apart from his intellectual and intercultural dialogue platforms, he also has money tied in various businesses. Gulen’s operations in Pakistan have been operating here for decades.

Ankara, Turkey’s cosmopolitan capital, back in August asked the federal government to close down all the institutes which are run by Fethullah Gulen, the US-based religious leader who is on Turkey’s “most-wanted” list and is accused of leading what the current Turkish officials call the Gulenist Terror Organisation (FETO).

It is unfortunate to see one the best private schools in the country suffer due to political agendas. Former students and related people highly regard the institutes due to their focus on student grooming aside from the regular teaching process.