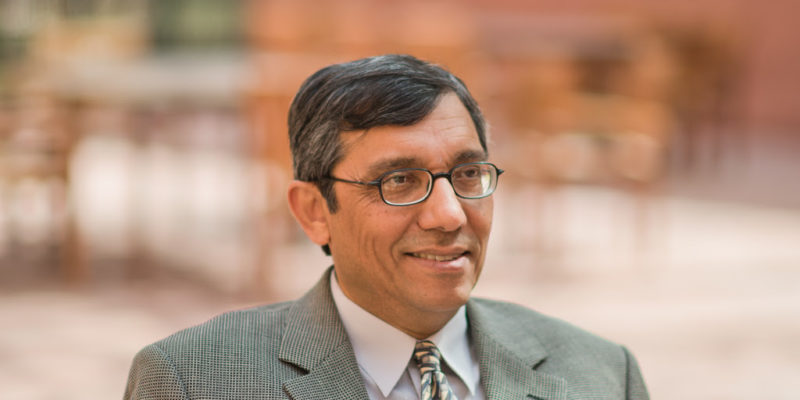 Renowned Pakistani scientist Professor Zulfiqar A. Bhutta has been honored with the The World Academy of Sciences 2016 TWAS Prize in medical sciences, in recognition of his “incisive work on academic pediatrics and public health in Pakistan, which has contributed to shape global child health and policy”.

This is the third TWAS award that won by a Pakistani scientist besides previously two awards in the field of agriculture and biological sciences since its inception in 1983. Out of 10 prizes, two scientists each from Brazil, China and India were given awards; and one each from Chile, Mexico, Turkey and Pakistan.

TWAS is a global science academy based in Trieste, Italy, working to advance science and engineering for sustainable prosperity in the developing world. Each year, TWAS awards prizes worth US$15,000 each to individual scientists from developing countries in recognition of their outstanding contributions to scientific knowledge, and to the application of science and technology to sustainable development.

The winners will present a lecture on their research at TWAS’s 28th General Meeting in 2017, when they will also receive a plaque and the prize money.

Professor Bhutta’s nomination was made by the Pakistan Academy of Sciences.

Professor Bhutta has had a 30-year long academic career at the University and the global impact of his work has seen him take up prominent positions at leading universities in Canada, the UK and the United States.

An expert on nutrition, newborn and child survival, and micronutrient deficiencies, Professor Bhutta is one of the most cited health sciences scholars from the developing world. He has published 8 books, 88 book chapters, and over 725 indexed publications to date, including 145 in the world’s leading journal The Lancet alone.

At the launch of the new Global Strategy for Women’s, Children’s and Adolescents’ Health in September last year, Professor Bhutta represented Aga Khan University. The University has pledged to invest more than US$85 million over the next decade in support of the Global Strategy.

In December 2015, he was presented with the prestigious Turkish award, the 2015 International TÜBA Academy Prize, in health and life sciences.

The President of Pakistan has also conferred the Pride of Performance Award on Professor Bhutta, in recognition of his major contributions in the field of healthcare education.