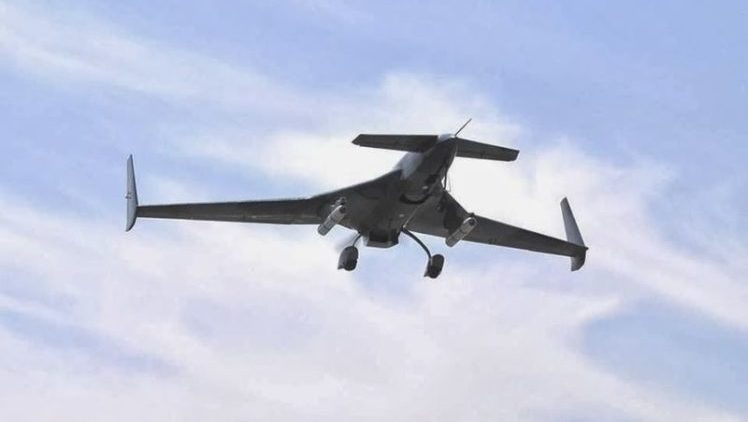 Integrated Dynamics, the company that made Pakistan’s first unmanned drone Buraq, has revealed the second generation Arrow drone, which can stay airborne for up to 15 hours.

The new drone can be used to monitor projects or for surveillance purposes, among other uses. Raja Sabri Khan, Chief Executive at Integrated Dynamics says:

The best civilian application of the long range aerial surveillance aircraft {Arrow} is that it is capable of monitoring and making secure trade via the China-Pakistan Economic Corridor (CPEC).

Showcase At IDEAS 2016 in Karachi

The drone will be showcased in the defense weapons exhibition, IDEAS 2016, today at the Karachi EXPO center. The range of the drone is 150 miles or 250 kilometers and it’s operated via a remote. According to Sabri, the range effectively becomes unlimited if you operate the drone via satellite.

The Arrow is the only drone of its kind in this price range which can fly for 15 hours at a time. Sabri adds that the drone does not cost more than a 4X4 Jeep.

Oil and gas leakages can be discovered and pinpointed faster via the Arrow drone. An example case could be the leakages in the supply lines from Sui Northern/Southern Gas or Pakistan Petroleum.

It works at night time as well thanks to its guidance system. You can just set a destination and the drone automatically flies there.

The drone is capable of carrying a load of up to 100-150 KGs. On top of that its portable with foldable wings and a one hour assembly time on site. According to Sabri, it can be mounted on a truck with a 20 foot container.

The Arrow is product of 15-20 years of research according to Sabri and it will be assembled in Korangi in Karachi.

He added that Integrated Dynamics sells and exports military and civilian surveillance systems worldwide with western countries being their biggest clients.