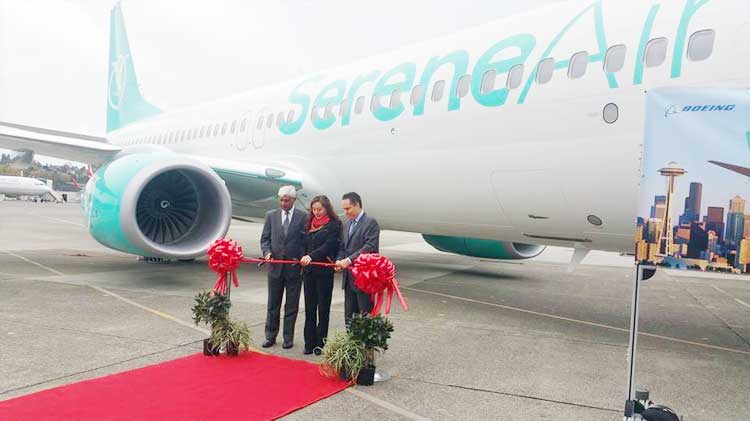 Serene Air, we told you about a few weeks ago, yesterday accepted the delivery of its first Boeing 737-800 NG aircraft, we have checked.

Serene Air said that it will soon launch its domestic operations in Pakistan and is expected to get delivery of two more Boeing 737-800 NG aircraft in coming days.

It maybe recalled that Serene Air is going to be only Pakistan operator to have Next Generation version of 737 family.

Serene Air, that is aiming to launch in December 2016 with domestic operations, will be headquartered in Islamabad.

Company welcomed its first Boeing 737 jet yesterday, flown in from Seattle, US — the home of Boeing — to Jinnah International Airport, Karachi.

Company said that its decision to select Next Generation 737-800 based on its established track record of reliability, operational and fuel efficiency.

Sohail Gul Khan, CEO Serene Air, also emphasized that Sky Interior of NG 737 will enhance the customer experience that company has designed for its passengers.

The Sky Interior in 737 feels roomier, and ceilings appear higher and feature lighting to match phases of flight for better ambiance.

Not to be mentioned, Boeing 737 is one of the most successful airliners with over 9,000 deliveries to 500 operators in 126 nations.

See below Senere Air Aircaft getting a water salute at Jinnah International Airport in Karachi: