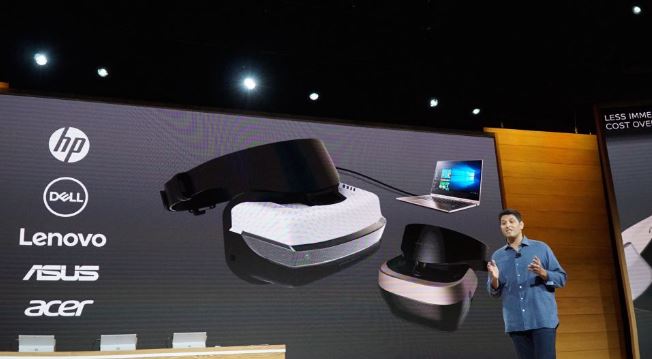 The race to perfecting virtual reality is in full swing right now and Microsoft is as good a contender as any other technology giant.

Microsoft recently unveiled its latest virtual reality headsets for Windows 10. A part of the company’s Windows 10 Creators Update coming next year, the headsets will cost $299 and won’t require any complicated setup (like Oculus’ Rift or HTC’s Vive). They are also considerably cheaper than the other two.

Microsoft recently started including a “Windows Holographic First Run” application that tests a machine to ensure it’s compatibility in the latest Windows 10 builds. According to that application, here are the minimum specs your PC would need to be able to run it,

If Microsoft adheres to these specification requirements in the future too, most modern PCs available today would have no problem running Windows 10 VR. 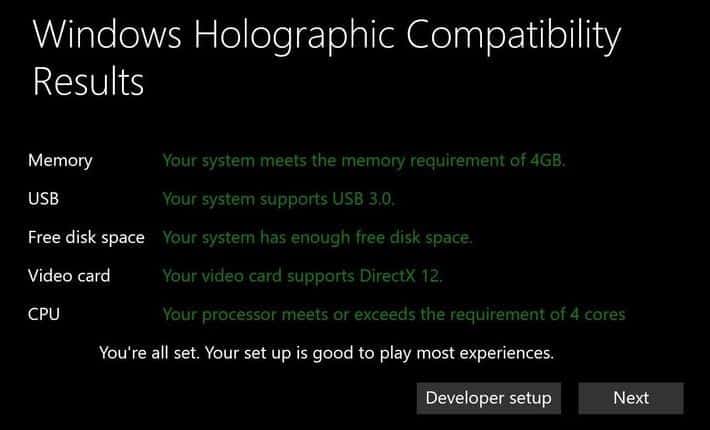 The VR field has gotten pretty crowded in recent days. Facebook-owned Oculus and HTC’s Vive VR are fighting for VR on PC while Sony has unveiled its own PS VR device for its console. On mobile, Google has a solid control, thanks to its Cardboard experiment. They’ve now built on their initial success to introduce Daydream VR as well.