UN’s International Telecommunications Union (ITU) has conducted an extensive study named Measuring the Information Society Report. The report unveiled that the percentage of male Mobile users are greater than the women in most countries including Pakistan.

The report generally depicts a worrisome trend, with many women not having access to cellphones. It points to the culture of male-dominance and oppression of women in the country.

Simply put, going by the numbers in the report prepared by a United Nations agency, it states that men in Pakistan are twice as likely to own a cell phone compared to women. 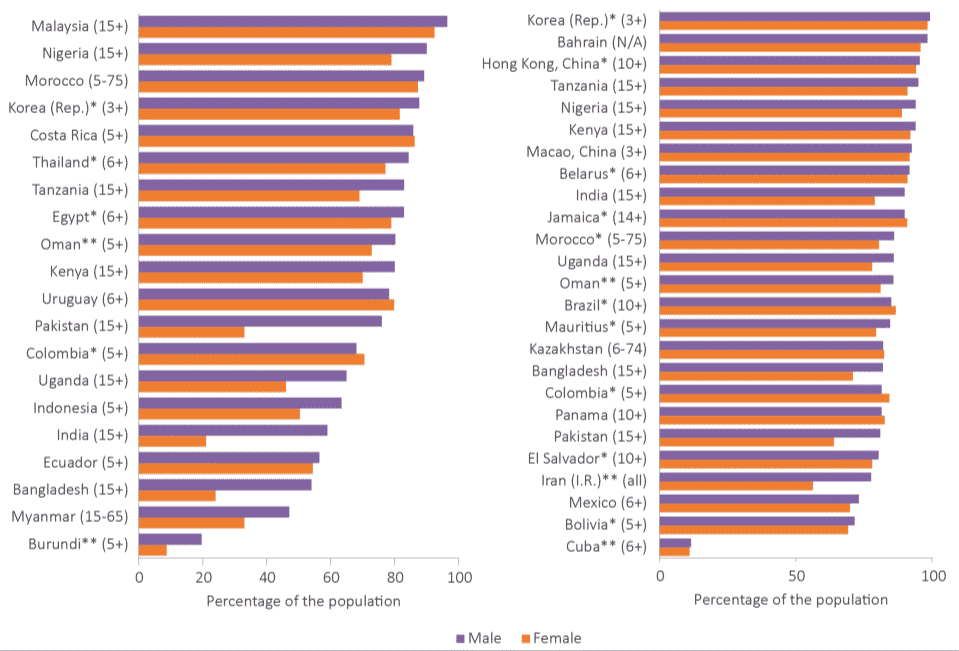 Age groups are divided into brackets and each bracket is surveyed separately. As the report states,”the percentages of female/male mobile-phone users/owners are calculated as a proportion of total female/male population in each age group.”

The data highlights that Pakistan, in 2015, had the highest gender gap when it comes to cellphone users with 17 percent. The total number of male percentage is 84 percent compared to 64 percent of female users.

In Bangladesh and India as well, men are twice as likely to own a cellphone compared to women with a percentage of 71 percent to 82 percent and 79 percent to 90 percent, respectively.

Why Do People Not Own Cellphones?