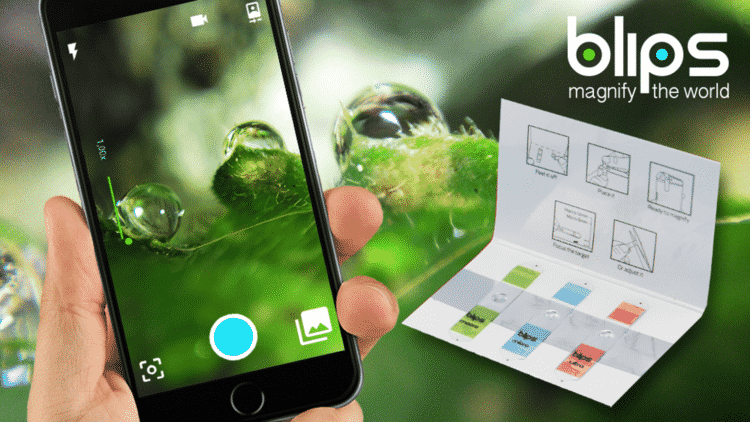 While clip-on lenses are fairly common accessories for smartphones, here’s a little something extraordinary. The Blips sticker comes in two versions, macro and micro, and sticks to your iPhone’s lens for the said effect.

It makes its way to the market after surpassing its Kickstarter goal in May, claiming to be the thinnest lenses for a mobile device to date. It got more than 5000 users to pledge around 218,000 Euros to help bring the project to life.

At its most simple, it is a sticker which snaps on to your phone’s camera. The lens part uses electrostatic forces rather than glue so there aren’t any worries about damaging your phone.

The micro version of Blips can recognize between details of 1/7000 of an inch, “distinguishing cells and other inhabitants of the micro-world”. It has a height of less than 1.2 mm.

Meanwhile, the macro version of Blips can magnify an image by up to 10 times. While you may not really need such great details from your smartphone, it is certainly one of the simplest and coolest accessories we’ve seen recently.

The claim, even if slightly true, is going to be result in extraordinary details which the iPhone currently can’t give for sure. The two Blips Stickers currently runs for $30.