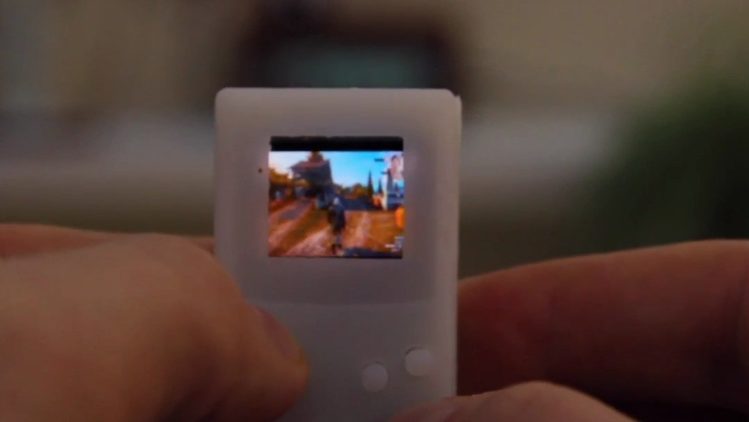 If you thought the Game Boy Color was portable back in the times, you’ll be surprised at what has been achieved in 18 years since then. 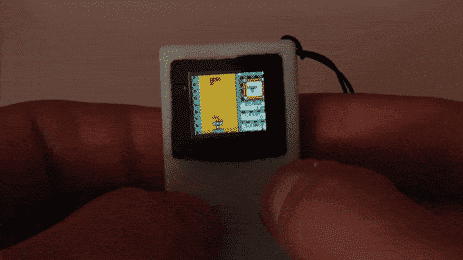 For the 2016 Hackaday SuperConference, hacker Sprite_TM has come up with a Game Boy Color which is not only fully functional, but also small enough to fit in a keychain. He was inspired to make it after noticing a keychain version of the Game Boy, which only turned out to be a clock.

But his own version works and is definitely going to be one of the top hacks of the year. The display has suffered a bit with a resolution of 96 x 64 on an OLED panel, vs 160 x 144 on the original Color. It is put inside a 3D printed case custom made to fit the size requirements.

Then, you get the ESP32 microcontroller which brings Wi-Fi to allow transfer of Game Boy Color ROMs to the gadget. Since the gadget is obviously too small for cartridges, it gets the job done with an onboard emulator after downloading the files through a network. Last in the package is the speaker which is also housed in the case.

As for the games, they do work, though even if you neglect the eye-strain, they lag a bit at this stage which is not unexpected. Sprite_TM hopes to ameliorate this problem.

He’ll be releasing more details over the build procedure on his website spritesmods.com soon. There aren’t any plans to go on retail anytime soon. Head over to Hackaday’s website for more details here.