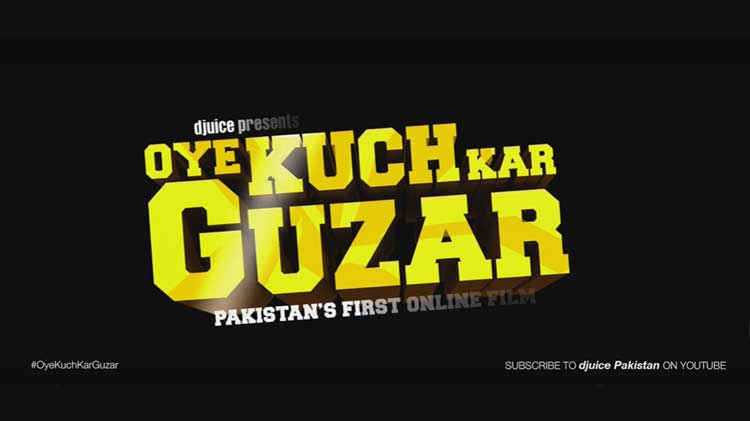 There’s a treat waiting for entertainment-starved Pakistanis. The country’s first-ever digital film, named Oye Kuch Kar Guzar was just released on YouTube, and you can watch it right now or when you get through your Monday blues today.

But here’s the most unique thing about this Pakistani movie – you, the watcher, dictates the direction of the story.

You Make The Story Choices, And Choose The Ending

For anyone who has read the ‘Choose Your Own Adventure’ series of books, Oye Kuch Kar Guzar will feel familiar. Except with more funny reactions rather than serious ones.

So yes, as the movie advances, you will find yourself making the choice for this five-part movie.

The plot of the movie? Its pretty standard fare about a bunch of people finding who they really are as they go on a trip of adventure and laughter.

We have Sherry (Ali Safina) who dreams of being a Rockstar but is lazy to a fault. And one day he decides to take off on an adventure with his pal Jango (Uzair Jaswal). But not after making a deal with his abba jan, who lets him go on his trip to realize his dreams. If Sherry succeeds, he will be free to pursue his career in music. If not, then its him fixing vehicles at abba jan’s auto shop for the rest of his life.

So off the friends go from Lahore to Karachi, on a railway trip where they encounter the other characters in the film and get into all sorts of hilarious and hairy situations that require all kinds of smarts to get out of.

So What Are You Waiting For?

And remember, the story’s outcome is not set in stone. You can change it.

So without spoiling the story further, you can watch and experience Pakistan’s first ever digital movie here:

If you are like me, it is safe to say that you will be exploring Choice A and Choice B as well to see how it all plays out. And end up wishing if real life gave you an ‘undo’ button at certain points.

Like the movie? Or think it could have done better? Let us know your mini-reviews in the comments below.