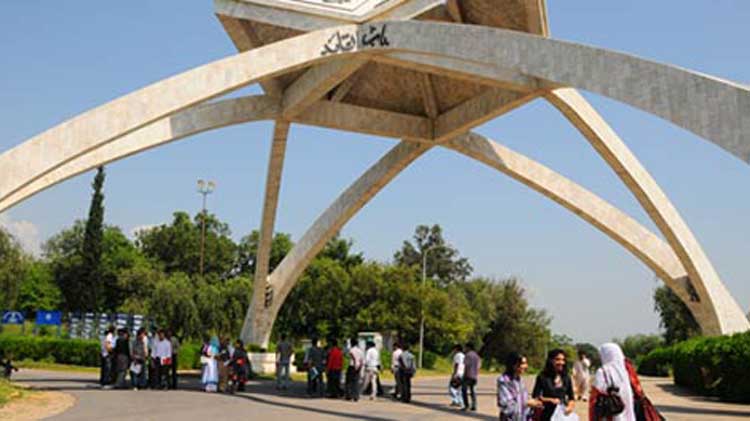 For the first time ever, a Chinese Ambassador Scholarship program has been established at Quaid-i-Azam University (QAU).

The program helps financially and socially deprived students to realize their potential and play their due role in the country’s socio-economic development.

The agreement was signed by the QAU Vice Chancellor Dr. Javed Ashraf and by the Ambassador Sun Weidong.

The Ambassador also provided funds for the implementation of the program by handing over a cheque worth $29,500.

A lot of people attended the ceremony including a large number of students and faculty members. Dr. Ihstiaq Ahmad, Director SPIR, welcomed the ambassador and briefed him about the department. Dean Faculty of Social Sciences Dr. Sayed Wiqar Ali Shah also attended the ceremony.

The Ambassador said that this scholarship is the “first of its kind” offered by the Chinese Embassy to the students of Pakistan. He further added that each of the ten selected students who were a part of the MPhil degree programs will receive an amount of Rs150,000 on need and merit basis.

He said that this scholarship aims to provide help to the students who are going through financial difficulties and to enable them to undertake their future studies. It is also meant to help students play their role in the country’s socio-economic development.

Bringing up the China-Pakistan Economic Corridor (CPEC), he said that it elevated their friendship to a new height.

“This friendship has entered into a new stage of ground development in the form of CPEC under which 17 major projects have been started across the country.  These projects would bring a major change in socio economic development of Pakistan, offering enormous opportunities, fulfilling the dreams of the skilled youth.”

Dr. Ashraf thanked the Ambassador for initiating the ambassador scholarship program and specifically choosing QAU for it, appreciating his contribution and commitment towards it.