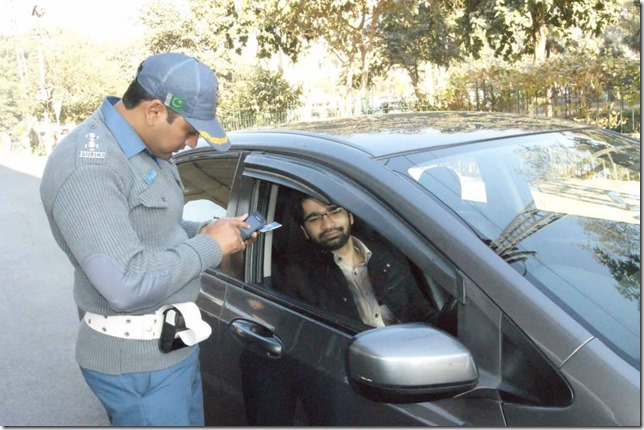 Most of you might already be familiar with the system of E-Challan, and for those who aren’t, E-Challan is an electronic ticket charging system meant to detect any sort of violation of traffic rules.

The E-Challan system uses an Android phone and a Bluetooth printer for the job and lets traffic police print out challans on the spot as per their needs. This makes the task of ticketing the violators a lot more easier for the Police Force.

When someone is caught red handed, the Police Officer will enter the driver’s license plate number into an Android app which will then be fed to the central database for authenticity. The database will then input the type of violation into the system, and it will be printed out through a portable Bluetooth printer.

The challan is then sent to your home address and if the fine isn’t paid within the due date (usually 15 days), the vehicle can be impounded till the payment of outstanding fines. 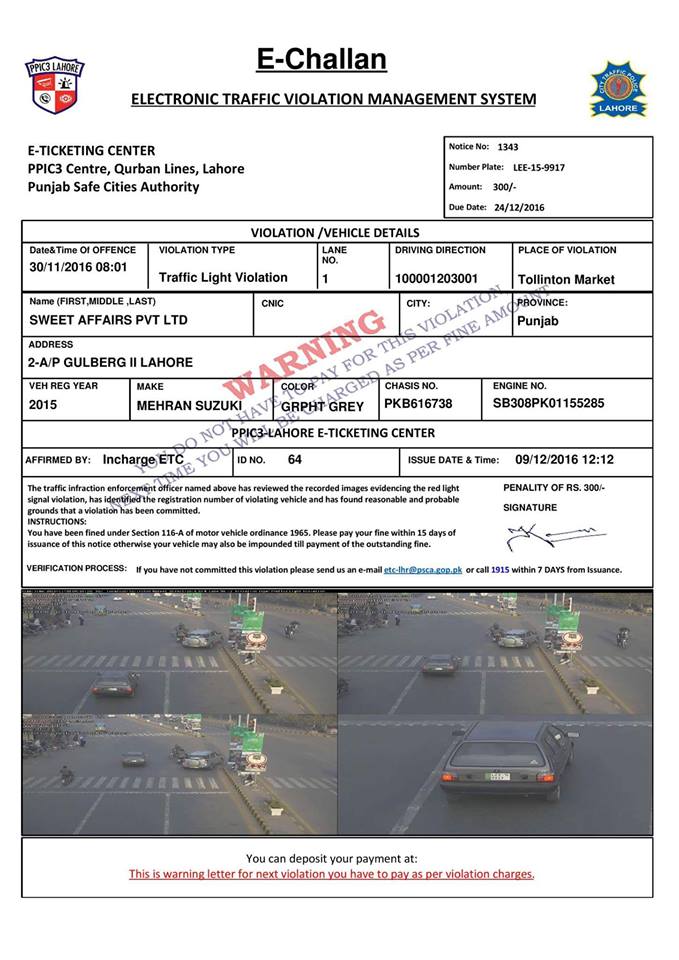 The system of E-Challan now works with CCTV cameras as well and due to this, about 1000 citizens were sent E-Challans for breaking traffic rules in Lahore.

This system successfully caught traffic rule violators through CCTV cameras and over 17,000 traffic violations were observed in a month only on Mall Road. According to the PSCA, these violations only include those who were breaking lane rules and not obeying traffic signals.

Moreover, this system of E-Challan is also going to help monitor the issue of bribery inside the police force through CCTV cameras, and E-Challans will be sent to the homes of those responsible.