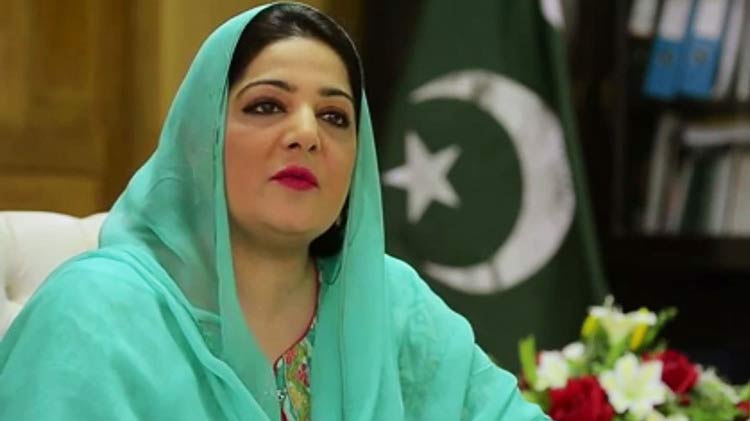 Ministry of Information Technology and Telecommunication violated its mandate by giving away Rs. 500 million of Universal Service Fund (USF) for construction of a Stadium in Sialkot, a parliamentary committee meeting said today.

It must be mentioned here that USF money is dedicated for provision of telecom services in under served and un-served areas of the country.

USF money is being collected from private Mobile phone companies at 1.5% of their annual revenues to bridge digital divide in the country. Under the ministry of IT, the USF is mandated to connect far-flung un-served and under-served areas with telecom services both 2G and 3G.

More than Rs. 50 billion of USF funds were transferred from private bank accounts to National Consolidated Fund by PML (N) in 2013.

State Minister for Information Technology Anusha Rehman has repeatedly claimed that government of Pakistan can no longer utilize USF money for anything except for the dedicated purpose of expanding IT and Telecom services in far-flung and underdeveloped areas of the country.

However, senior parliamentarian Senator Sardar Azam Khan Musakhel on Monday revealed that Rs 500 million of the dedicated USF money was spent for the construction of a Stadium in Sialkot .

Sub-committee of the Senate Standing Committee on Information Technology and Telecom met with Taj Mohammad Afridi in the chair to review progress on the USF projects.

The committee directed the concerned authorities to present details on the matter in the next meeting.

The committee expressed its displeasure for not conducting survey in FATA including Mohmand agency, Bajaur Agency, Khyber Agency for provision of mobile services.

The committee appealed to the Prime Minister for providing 3G and 4G services to FATA, especially to Khyber Agency and said that Interior Ministry should take needful measures in this regard.

Committee convener said that USF has over Rs. 55 billion in its accounts. He said that this fund is for providing telecom services in FATA, Khyber Pakhtunkhwa and Balochistan, however due to delaying tactics by the bureaucracy and institutions, projects are not being implemented.

There are millions of un-served people (in FATA, KPK, Balochistan) waiting for basic telecom services, but instead of starting new projects, MoIT is giving away USF money for building stadiums in Punjab

The committee observed that China Pakistan Economic Corridor (CPEC) would benefit the whole country; however telecom services are yet to reach the entire length of CPEC routes.

Secretary Home department Khyber Pakhtunkhwa informed the committee that NoC for conducting survey from the FATA secretariat is still awaited. NoC would be issued with the approval of 11 Core and a letter has been sent to the Core in this regard.

Convener of the committee recommended for conducting survey in collaboration with Political Agents Bajaur, Mohmand and Khyebr Agency.

Senator Usman Khan Kakar said that it is injustice to keep millions of people on the waiting list for basic telephony services while funds are being spent on parks, roads and metro buses in Punjab province.

The committee directed for providing report in 15 days with respect to conducting survey in FATA, Mohmand and Bajaur agency.

USF officials informed the committee that 75 percent work on fiber optic in Balochistan province has been completed.

USD said that work in some areas is being carried with the approval of ACs and DCs, due to security reasons.

The committee directed for providing information of areas where security issues are being faced, parliamentarians in collaboration with provincial administration would resolve issues.

Secretary IT Balochistan said that telecom services should be provided on CPEC route as it is urgently required.

Senator Usman Kakar said that Pakistan Telecommunication Authority (PTA) instead of defending private mobile companies should take steps for the betterment of public and State.