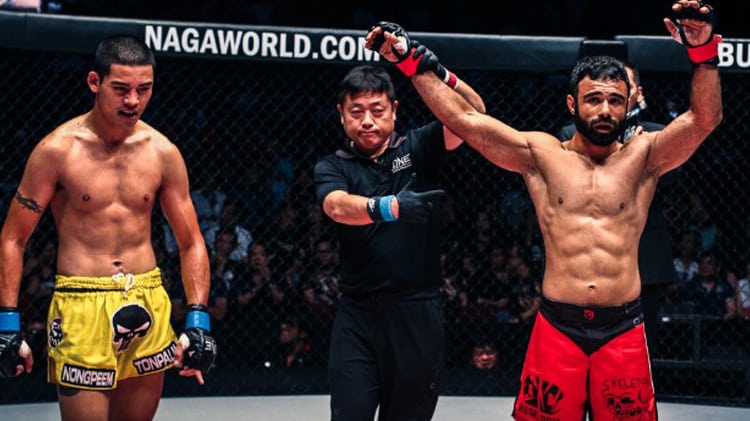 Cricket is one of the most popular sports in Pakistan and there is no denying that. However, Bashir Ahmed is playing his part to introduce something that he hopes will buck the trend.

Bashir, a Faisalabad born American, was in the U.S. Army and in order to bring Mixed Martial Arts (MMA) to Pakistan, he retired early and returned to Pakistan.

He is the first Pakistani to fight MMA on the international stage. He made his debut in 2013 at the ONE Championship: Kings and Champions.

Record wise, he has registered 4 wins in his 7 official fights, not bad for someone who became a professional fighter at the age of 30.

Bashir started training in Brazilian jiu-jitsu (BJJ) in 2005 in Virginia, when the boom of MMA was taking North America by storm. After completion of his training, he returned to Pakistan in 2007.

MMA Pakistan was laid foundation in 2007, as well. The aim was simple; to promote all martial arts and combat sports in the country while mainly focusing on MMA.

Bashir traveled across the country to organize seminars, promote the sport and make people more aware. He focused on BJJ and MMA, his specialties.

He trained local kids for a couple of years before going to Thialand to train in Muay Thai in 2009. Later that year, he returned to Pakistan again and set up a gym in house where he resumed training of local kids.

In 2012, Bashir had enough funds to set up a proper gym. He opened Synergy MMA Academy in Lahore, the biggest in the country.

“I came here [to Pakistan] to make this the sport in Pakistan. I made a gym, people came. I involved people in online discussions. I promoted different fighters and martial artists, and I made MMA look cool.”

“The big goal is to make it [MMA] the premier sport in Pakistan, possibly surpassing cricket. That might be a big and a lofty vision, that may or may not come to fruit but that is the goal I see.”