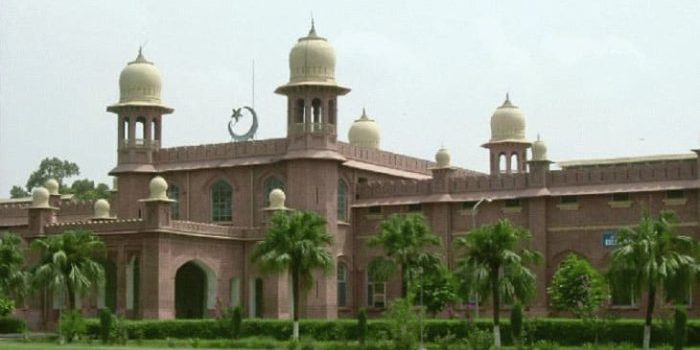 HEC, in accordance with “Establishment of sub campuses of Public Sector University at district level” from Vision 2025, prepared an umbrella project which was considered by CDWP in its meeting held on August 4, 2016 and recommended to ECNEC.

The estimated cost of the project is Rs 5.6 billion with an allocation of Rs 350 million for the current financial year with an implementation period of 36 months. Under the project 32 sub campuses will be established, said the ED while briefing the Senate Functional Committee on Problems of Less Developed Areas. The committee met under Senator Muhammad Usman Khan Kakar as the chairman.

The committee chairman said that Finance Minister, Ishaq Dar, and Minister for Planning and Development, Ahsan Iqbal, give no worth to recommendations regarding budget and other development projects of the Senate of Pakistan as well as to the Functional committee on Less Developed areas. The committee decided to write letters to both the ministers expressing their concerns.

The ED said that HEC would provide funding for the infrastructure, faculty development and other allied facilities whereas respective provincial governments shall be required to extend necessary support in terms of providing buildings to start academic activities and free of cost land for establishing a university sub-campus.

Arshad Ali apprised the committee that Balochistan and other less developed areas were given priority in disbursement of foreign and indigenous scholarships for students.

He added that return rate of students who got scholarships for foreign studies was a remarkable 92 percent and those who chose not to return to Pakistan were required to submit complete scholarship funding along with a 25 percent penalty. The committee was informed that over Rs 10 million have so far been recovered from the students who refused to return.

The committee was further informed that HEC is preparing a project for provision of Quality Education opportunities for 2000 students from Balochistan and FATA (1200 for Balochistan & 800 FATA). Out of the 2000 scholarships, 1000 will be for Quality Education and 1000 for Technical & Vocational Training. Intake will be from Class VIII upto Class XII. Scholarships will be distributed at the ratio of 60:40 to the students of Balochistan and FATA respectively while 50: 50 ratios for male and female students.

Out of proposed 800 scholarships for the students of FATA; 20% seats would be reserved for the FATA domiciled students settled outside FATA and 80% seats for students who are enrolled and acquiring their education inside FATA. Allocation of seats in all categories among various agencies/FR will be at a 2:1 ratio.

The Committee was told that a project of strengthening universities in less developed areas has been launched to support 12 universities in terms of accommodation, IT equipment and library services for students and faculty members.

HEC officials further said that in order to provide opportunity to youth and to establish technology infrastructure, numerous steps have been taken.

Few of the major initiatives are Smart University project wherein all public universities will have availability of WiFi throughout the Campus; Smart Class project wherein students will attend and study virtually and have access to all the information being taught at classroom; Smart Assessment project, delivery of learning objectives; Education TV; HEC Cloud data center, through which all universities can have access to high speed servers to host their services and make research collaborations.

To provide better security to students at universities the Save University Campus has also been initiated. However committee chairman objected that security situations in Balochistan are not very good and the save university campus facility has not been extended. HEC officials responded that the project would be implemented in phases. These initiatives are for all universities especially for universities located in less developed areas.