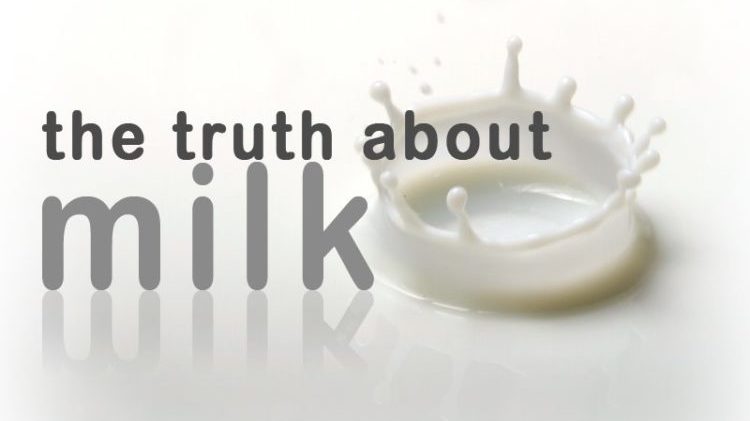 Everyone’s childhood must have the memory of being pushed by their mothers to go and get the milk from the milkman. Even though it still happens, the trend continues to fade since the dawn of packaged milk in 1981 in Pakistan.

Initially the idea of packaged milk was not so welcome, as fresh milk was considered more pure and free from all adulteration. A full-blown campaign was run as a series of TV advertisement in which it was demonstrated via fancy animations that extra layers of tetra pack saved milk from germs, sunlight, pollution, and other detrimental effects of external environment. What about the internal environment? What about the milk in it? Is it fit for use?

Given all this, milk adulteration sadly still exists in our country, even in packaged milk. And its time we were aware of it and knew how to identify it.

Milk adulteration was first exposed on Dunya News in the program Hasb-e-Haal on 10th April 2010 in which the milk adulterants were revealed. The white milky liquid which we referred to as milk can have vegetable oil, detergent, Carboxymethyl cellulose(CMC), Urea, Caustic Soda and God forbid Formalin as preservative.

Following that report, there were days when headlines like “Packaged milk: Hazardous to health” could be seen often on every news channel.

Alas! The case couldn’t go further than a media trial and died in that process.

It was on 1st September 2016 when this long-forgotten issue was raised from the dead when Barrister Zafarullah Khan, representing Watan Party, filed a civil petition No.2374-L/2016 in the Supreme Court of Pakistan against the government of Punjab.

Court’s detailed 8th Dec 2016 order can be downloaded from here.

A two-member bench comprising of Justice Mian Saqib Nisar (now the Chief justice of Pakistan) and Justice Manzoor Ahmed Malik heard the case. The petition was motioned to request chemical analysis of the milk sold in the market.

In pursuant of the case, orders were issued dated 15th & 16th September 2016 to University of Veterinary & Animal Sciences (UVAS), University of Faisalabad (UAF) and Pakistan Council for Scientific & Industrial Research (PCSIR) to do a chemical analysis of Packaged milk & water samples and submit sealed reports of their findings.

In a recent hearing on 8th Dec 2016 the above-mentioned organizations submitted their reports to the Supreme Court. The disturbing findings depicted the horrendous act in which milk mafia is involved.

As per their report no packaged milk is fit for consumption except 1 or 2 brands although the detailed contents of the milk adulterants are not exposed at this point.

The civil petition status can be checked from the Supreme Court Website here.

A Lesson for the Public

“A little knowledge is a dangerous thing” as Alexander Pope suggested and in the light of the Supreme Court report it is now an obligation on all of us to equip ourselves regarding knowledge of food adulteration and how to spot it.

Food adulteration can be known for debasing the quality of food by adding or substituting admixture of inferior quality or by removing the valuable nutrients from the food products.  The substandard items which are added to food items for commercial benefits are food adulterants.

Such substances contaminate the food and make it unfit for consumption.

Many of us know that milk packaging companies, prior to procurement of milk from dairy farms, test milk samples as a pass out parameter. One of the tests is carried out by a vessel-like device named lactometer.

Lactometer is used to measure milk viscosity. Pure milk will have greater viscosity than water. On the other hand, milk’s temperature, S.N.F(Solid Not Fat) and total solid content determines its nutritional quality. The Total Solid content residue left when water is evaporated from the milk contains fats, proteins, lactose and minerals.

The question here is that how making milk unfit for consumption is in favor of most dairy farmers?

The answer lies within simple economics: they do it to gain financial benefits on the cost of public health as they get to sell 2 liters of “milk” at the price of 1 liter.

Hazards of These Ingredients

Their use serves various purposes like water is used to increase milk volume e.g. gaining two liters out of one liter. Starch which is mainly used to make cloth’s iron last longer or its widely used as a diluting agent in pharmaceuticals, and Carboxy Methyl Cellulose(CMC), which is one of the inactive ingredients used in medicine are mixed to make up the carbohydrate content of the milk and to increase its viscosity so that it can mask away any hint of water dilution.

The use of these aforementioned items is not justifiable although they are often ingested, granted the intake quantity is debatable. On the other hand, substances like Urea, which is a fertilizer used to increase or make up the protein content of the milk so it can pass testing, formalin used as a preservative which is used in labs to preserve living tissues so we can get a fair idea that how much it can increase the shelf life of the milk and caustic soda used in dish washing soaps is used to prevent milk from curdling.

All these adulterants have terrible effects on our body no matter how small the quantity. For instance, daily intake of urea puts an extra burden on the kidneys as apart from cleaning the urea produced by our body, kidneys will also be removing extra urea taken via the milk. Starch is added in large quantity and can be fatal to the people with impaired glucose tolerance and diabetics. On the other hand, formalin and detergents are reason for gastric ulcers, gastritis and kidney failure.

The authority which is responsible to check the quality of food is the Punjab Food Authority (PFA). However, they didn’t manage to curtail this practice of impure milk sold by many brands.

As per a report published in The News on 30th December 2016, PFA failed to take even a single sample of milk & water from Rawalpindi dairies despite the Supreme Court orders. Although DG PFA, Noor-ul-Amin Mengal claimed that total of 113 water and 30 milk samples were collected from Lahore, Faisalabad, Gujranwala and some other parts of the Punjab.

In Rawalpindi/Islamabad there are dairy farms at Soan Girji Road, Tarnol, Rawat, Kalar Road, Adiala Road, Chakri, Chak beli khan Road, Chakra, Gorakhpur where milkmen are adulterating the milk and samples should also be collected from these farms.

How to Identify Dangerous Milk

It doesn’t matter if the milk is sold as packaged or it is supplied from one of the dairy farms, its purity cannot be guaranteed in either case.

Until consumers get the full chemical analysis report on the milk samples there are a few simple tests which can done be at home to unveil the truth especially if using any of the brands declared unfit in the Supreme Court report except Prema® milk.

Here’s what you can do to test milk for impurities in a simple manner:

These tests will help you identify impure milk without getting it tested from any labs.

Milk being a vital portion of our food intake, its use is necessary even after awareness of its impurity. Regrettably, we as a consumer don’t have much of a choice except to own a cow!

It is hoped that the authorities act now instead of letting the market play havoc with people’s health.