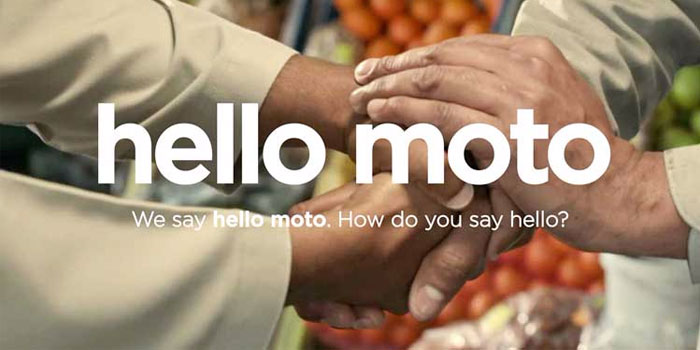 Motorola is planning an official entry into Pakistan, we have checked with sources. While the final lineup of smartphones to be launched locally is not yet finalized, we expect a current generation flagship device to be among the debut devices.

While we are unsure about the timeline, it is being said that Motorola has huge plans for Pakistani market during or around February.

Right now, Motorola has no presence in Pakistan in any form whether it’s through re-sellers or distribution channels so this is going to mark as Motorola’s official re-entry into Pakistan.

Despite becoming a niche among the masses, the brand still has more recognition than smaller players in the market. While they were famous for their RAZR slide phones, which were a status symbol in Pakistan back in the days, Motorola has now been relegated to used marketplaces.

It’s been a wild few years for Motorola. Back in 2011, Google bought the company for $12.5 billion. Failing to integrate it into its vision, it sold off the mobile division to Lenovo in 2014 for $2.91 billion while retaining the patent portfolio.

Despite some stumbles along the way and Lenovo admitting it underestimated the size of the task at hand at Motorola, it now has a clear vision of what it wants to do and Pakistan is in the roadmap.

They are not as popular as they once were but Motorola phones have often disrupted the market and are quite consistently well reviewed. Their mid range smartphones in particular are lauded for class leading camera performance. Moto Z, the current flagship by the company, uses innovative ‘mods’ which can be used as add-ons to boost camera performance, sound and battery life.

With the company planning to launch in Pakistan, the competition is heating up more than ever. You can check out the local site set up by Motorola http://hello-moto.pk