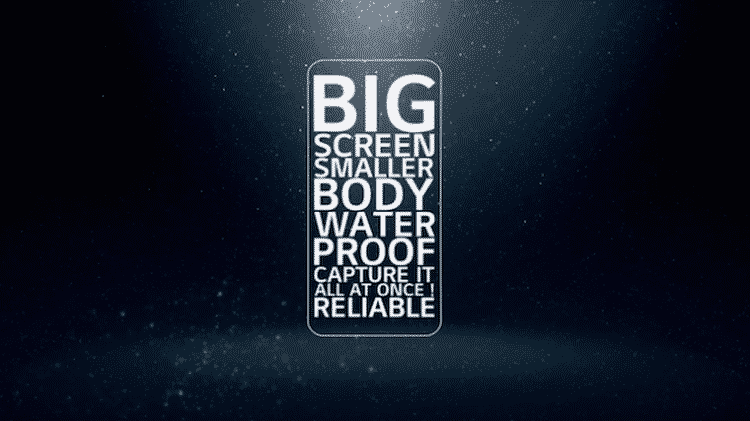 With the modular G5 not achieving nearly as much success as anticipated, LG is coming back soon with its latest flagship, the new G6.

The high-end smartphone will be unveiled on February 26th, just before the Mobile World Congress (MWC) at Barcelona. With the phone, the company is allegedly going back to its basics, as a result of which the phone (in all likelihood) won’t be a modular one.

The company revealed a teaser video revealing the characteristics that an ideal smartphone has, including a “big screen, smaller body, water-proof” as well as a quick camera. It also rolled out a GIF with the caption ‘See More, Play More’.

This makes sense if the recent leaks are any indication of the G6’s biggest feature, its display. The 5.7” panel will come in a unique 18:9 aspect ratio and a resolution of 1440 x 2880 (rather than QHD 1440 x 2560), which makes the display slightly taller and the phone easier to handle than the current norm 16:9.

LG has recently demonstrated the display panel, so it won’t be a surprise. The display, which will consume around 30 percent less power, will be powered by Qualcomm’s latest and greatest, the Snapdragon 835.

Other rumoured features include a heat-pipe to keep the display from over-heating, as well as Corning Gorilla Glass 5. Only time will tell how many of these features will make it into the final version, but thankfully we don’t have to wait for much longer now.