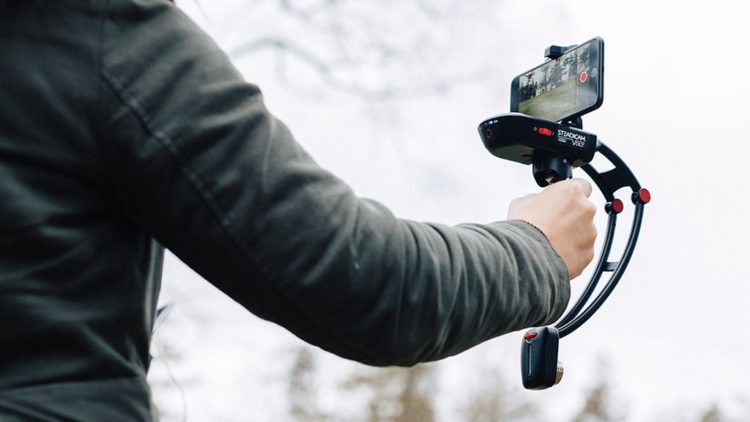 The invention of the Steadicam back in 1975 revolutionized the filmmaking industry. Now Steadicam has built a device to make videos from your phone less jerky and shakey, even going so far as to boast the same stability rates as those found in higher, expensive models used in Hollywood.

Videos have become commonplace. They are considered as one of the preferred mediums for today’s digital ecosystem. It goes without saying that the more professional your video content is, the better it is for you. And that obviously includes slick, non-jerky and stable videos.

To help you with that, meet the Steadicam Volt, a device that is designed to make your videos more professional looking than ever.

The Steadicam Volt stabilizer is a new device by Steadicam that is currently looking for funding on kickstarter under its parent company, Tiffen. It’s a handheld device, much like any other stabilizer and it provides a mechanical gimbal in combination with an electronic motor system for making your videos steady.

According to the company’ stats, the making of a device of such size took a lot precision and control available. However, despite that, the Volt delivers some exceptional results.

The Volt uses simulated intertia on the pan axis to improve how the gimbal handles for more precision and stability. It is an electronically gyro augmented Steadicam for Smartphones that weighs just 1 pound with the inertia and feel of the 40 pound Steadicam used in movies.

Check out the video on the Steadicam Volt below:

As mentioned before, the product is currently looking for funding over at Kickstarter and so far have raised $684,091 out of their $100,000 goal thanks to over 4,000 backers and with 19 days still left.

For early birds, it is available now at a price of $139 which is $60 off of its planned $199 retail price. One of the first batch of the product will begin shipping in June of this year.