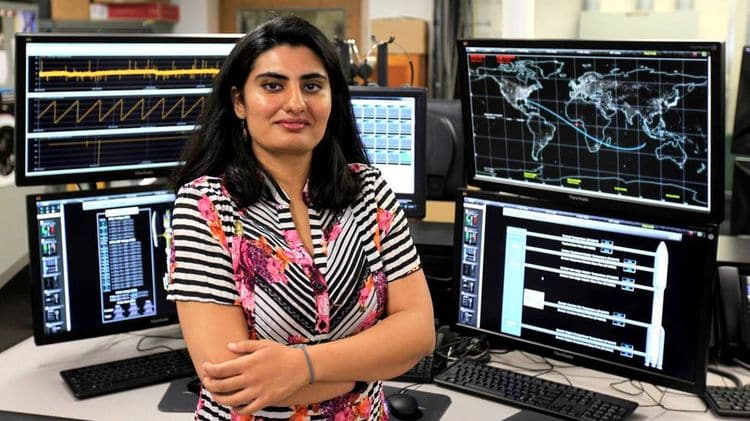 The story of a Pakistan-born lady, who survived war in the Gulf countries, lived as a refugee in a desert and then went on to making her way to NASA is definitely heart-warming. That is in a nutshell, the tale of Hibah Rahmani, a remarkable lady who has defied all odds and secured an important position at NASA, the US space agency.

She is an important rocket engineer at NASA and her tale serves as a role model to girls all over the world, that no matter how bleak things appear at times, they have it within themselves to defy all odds and break stereotypes.

Hibah Rahmani was born in Pakistan. Her family moved to Kuwait when she was barely a month old. She spent a peaceful childhood in the Arabian Gulf, until war broke out between Iraq and Kuwait in the early 90s.

As she puts it:

“My fondest memory growing up is taking walks with my family at night, either in the desert or on the sidewalk by the Arabian (Persian) Gulf, looking up at the sky to admire the moon and stars, and thinking about astronauts such as Neil Armstrong who have stepped on the moon,” she said. “It was around this time I developed a passion for science, space and astronomy.”

However, those nice little memories came to an end when Iraq invaded Kuwait in 1990 and she had to flee with her family to a “No Man’s Land” near the Iraq-Jordan border. They reached the place at night and the camp was all out of tents. Her family had to spend the nights in an open sky in the desert. 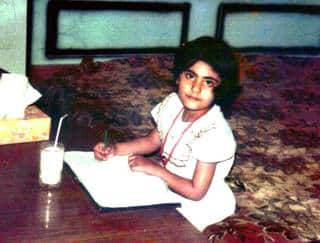 While that time was characterized by misery and hardships for her and her family, it was also the start of something pure – her newfound love for stars. Hibah Rahmani says:

“Even though this was a tough time for us, one of the things I remember from that night was having a nice view of the sky with the golden moon and stars, while trying to sleep on the cold desert sand. It reminded me of my goals and dreams.”

After a brief stay in Jordan, she traveled with her mother and sister to Pakistan. Her father was in the US at the time of the invasion but the family got reunited back in Pakistan. This incident served as the catalyst for her newfound dream, and she was determined to make it to where she can take her study of stars further – NASA.

The US-led coalition brought an end to the first Gulf War and a ceasefire was signed in February 1991. Hibah Rahmani moved back to Kuwait with her family and decided to become an engineer.

After completing high school in Kuwait, she moved to the US in 1997 and completed her Bachelor’s in Computer Engineering at the University of Central Florida (UCF). After graduating in 2000, she started working for Boeing as a Systems Engineer for the International Space Station (ISS).

“I was involved with integrated testing of the ISS components and sometimes astronauts would stop by to either view or participate in the testing,” Rahmani said. “It is during this time that I developed a strong desire to become an astronaut and started taking steps toward that goal.”

This led her to complete a more advanced degree, this time a Masters in electrical and computer engineering from Georgia Tech between 2002 and 2005.

In 2008, Hibah Rahmani accepted her current position at NASA’s Engineering and Technology Directorate at Kennedy.

Pegasus is Orbital Science Corp.’s rocket used for launching payloads while Falcon 9 is a SpaceX launch vehicle used to boost the Dragon spacecraft to the space station for resupply missions.

Hibah says “The happiest and most exciting moment of my job is to watch a rocket take off from the launch pad and go into space.”

Her strong passion for her work is evident from her voluntary Public Affairs activities to inspire others. She says “I love to inspire others. I speak to students at local schools about my career and have volunteered as a science fair judge.”

She also provides real-time updates to the NASA LSP Twitter and Facebook accounts during launch countdowns when she is not providing engineering support to the mission staff. So it’s possible you might have seen NASA’s status updates which were actually posted by her.

“I have the privilege of working with an amazing team, while doing what I love,” she says. Her key to success is that she sets some very high goals.

“The experiences of my life have taught me to always dream big and to never give up, because you can achieve whatever you want if you work hard.”

She asks the youth, especially girls, to “stay focused and dream big.” That is the philosophy she followed ever since she fell in love with the stars in a desolate Jordanian desert.