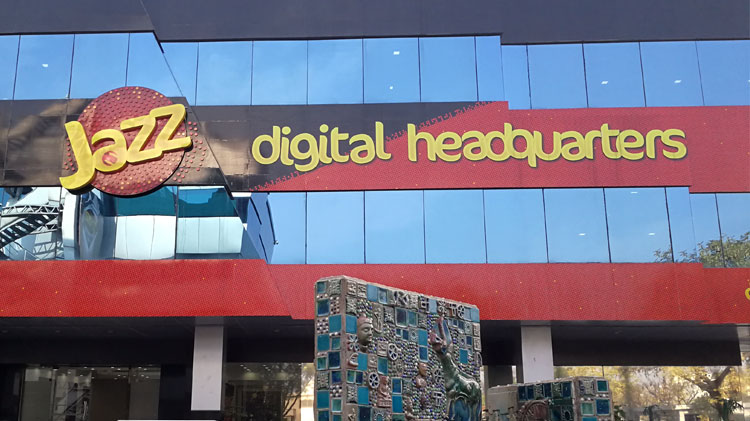 A parliamentary panel on Wednesday directed the fired Mobilink/Warid franchisee and Jazz to sit together and resolve the issue amicably.

The Senate Standing Committee on Information Technology and Telecommunication met with Shahi Syed in the chair here on Wednesday.

Committee was told that it would be unprofitable if both franchises continue to run their business after the merging of two telecom companies.

Ali Naseer, Chief of Corporate and Regulatory Affairs at Jazz, told the committee that it was impossible for his company to continue working with all franchises, especially in cases where both Warid and Mobilink franchisees were next to each other.

“It was not profitable for the company as well as for the franchisees themselves if we had let every franchise to work, especially when both (Warid and Mobilink) franchises are next to each other”, Ali Naseer explained.

He said that a due diligence was carried out and it was decided to shut down some of the franchises.

Mr. Naseer also said that all franchises were informed about the merger in July 2016 and it was made clear to them that some of franchisees will be be shut down. However, final decision on which franchises were shut down, was issued on January 20th.

The Franchise Agreements between Licensees and Franchisee are executed on the basis of their business and commercial requirements and terms and conditions are mutually agreed upon by both parties, Jazz executive said. “These agreements are governed under the Contract Law and also contain the termination clauses”, he added further.

Chairman of the Information Technology committee directed the management of Jazz and franchisees to sit together and find out an amicable solution of the matter.

The committee was of the view that being a private company, it was good omen on part of Jazz for appearing in Senate committee to respond quarries of senators.

The committee was also informed that the government had allocated Rs. 1109.249 million under Public Sector Development Program (PSDP) 2016-17 for ministry of information technology for 13 different developmental projects.

Member Enforcement PTA Abdul Samad informed the committee about controlling the unsolicited marketing SMSs by Telecos to cellular subscribers, while saying PTA under the Pakistan Telecom (Re-Organization) Act, 1996 (the “Act”), is obligated to protect consumer interests and ensure the redressal of consumer complaints by telecom companies through effective Regulatory framework. In this regard, PTA notified “Protection from Spam, Unsolicited, Fraudulent and Obnoxious Communication Regulations 2009”.

Transmission of marketing messages by licensed operators is only allowed from 9 AM to 9 PM as per “Protection from Spam, Unsolicited, Fraudulent and Obnoxious Communication Regulations, 2009”.

The consumers have the facility to register them in Do not Call Register (DNCR) by sending a message at short code 3627 with the text “reg”. Once the subscriber is registered at DNCR then no promotional messages will be delivered to such subscriber.

At any later stage if a subscriber want/ opt to receive this messages he/ she can do it by sending a message “unreg” to short code 3627.

As practiced all over the world, Cellular Mobile Operators (CMOS) have installed anti-spam filters at their respective networks for blocking of SMS communication that surpass a certain frequency of SMS in a given time frame.

Furthermore, CMOS are carrying out offline analysis of SMS communication whereby those mobile subscriptions are blocked that are sending large number of SMS in a one way communication.

With the efforts of PTA, all mobile operators have implemented a system for blocking of obnoxious calls and SMSs. This system operates through a short code i.e. 420. A subscriber can send obnoxious/ unwanted caller’s number through SMS or call at 426. The operator then restricts that number from calling the customer again. This saves a consumer for unnecessary bothering from any unwanted call/ SMS sender. Different operators charge a different fee for this service.

In case SMSs are being transmitted by individuals to subscribers, same can be reported (these text messages) to a dedicated short code 9000 against the message originator and on confirmation the number of the Spammer is blocked.

If any consumer makes complaint to operator and/or PTA, the originating telephone number along with number mentioned in SMS contents for communication purpose are suspended on account of unsolicited communication.

The Committee recommended that the M/o I.T should take concrete measures for smooth functioning of curricular activities in TIP Schools & College and can approach Court of law to get a restraining order to remove restrictions on functioning of that entities which also creates law and order situation in that area.

The Ministry may also take up the issue with the Provincial Government at an appropriate level for immediate responsive measures to control such law and order situation in future.