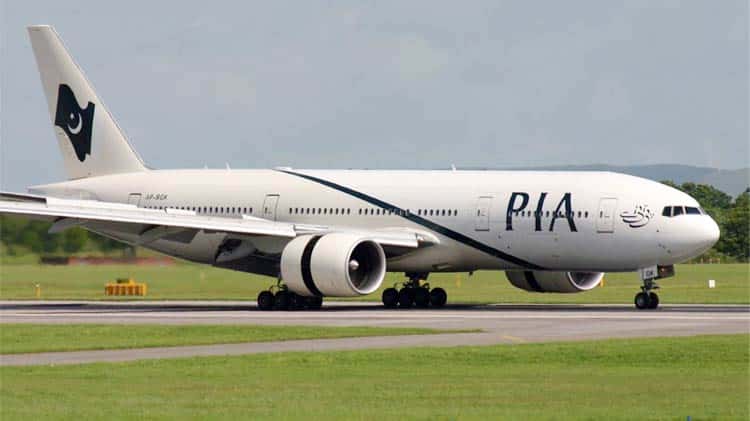 Earlier today, news reports started coming in that a flight from Pakistan International Airlines PK-743, which was on Karachi-Madina route on Jan 20, was in breach of air safety regulations.

The offense that the crew aboard PK-743  were accused of having committed? Making 7 people stand for the entire duration of the 3 hour flight because the plane was had more passengers than available seats.

The Boeing 777 aircraft (Reg No: AP BID) can seat only 409 people. However, the plane in question flew 416 passengers from Karachi to Madina onboard flight PK-743.

Even after the passage of 4 days, it appears that the PIA management has not taken this matter seriously, as there have been no action taken against the concerned people who are responsible for this highly unsafe episode.

Dawn reports that the staff on PK-743, comprising of the pilot, traffic staffers and senior pursuer, are trying to shift the blame amongst themselves and the Civil Aviation Authority. It should be mentioned that even CAA has not taken any action regarding this incident against PIA or the staffers at the center of this controversy till date.

PIA spokesperson Danyal Gilani, despite repeated questions from the media, has yet to offer a clear response on the matter. He only stated that the matter is under investigation and if anyone was found in violation of company rules, they would face stern action.

The pilot aboard the controversial flight, Capt. Anwer Adil, said that the sheet (which is computer-generated) didn’t show any extra passengers onboard the flight and he only came to know of it after he was informed by another member of the crew. He alleged that the traffic staff may be at fault for boarding those extra 7 passengers. He also alleged that the senior purse closed the flight door and then informed him later.

As per existing protocol, in case of such an event, the airplane is required to be brought back to the terminal to offload excess passengers. However, the flight in question didn’t do so because after takeoff. ”a lot of fuel dumping could have occurred, and it was not in the interest of the airline” as per Capt. Anwer Adil.