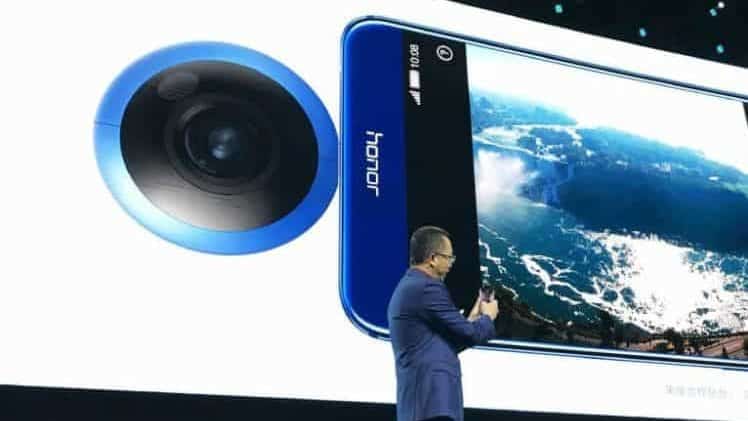 When it comes to Huawei and cameras, Leica is what comes to mind. The recent collaboration between the lens maker and Huawei has resulted in dual camera setups used in all of flagship phones from the Chinese smartphone maker.
Huawei has now collaborated with another company for a new camera product.
The company’s latest accessory for its phones is a new 360-degree camera, called the Honor VR Camera. The camera is built in collaboration with Insta360 which, as the name suggests, specializes in making 360 degree cameras.
The VR Camera is being launched alongside the recently-announced Huawei Honor V9. Support for future phones including the P10 flagships is likely but unconfirmed as of now.
We also don’t know whether the camera will support phones from other manufacturers, so don’t keep your hopes up. In any case, Huawei will launch the VR Camera through its online-focused Honor brand.

The Honor VR Camera banks on its ease of usability. It is activated by downloading Insta360’s app. It attaches on top of your phone (as visible in the main image) and will connect with your phone’s USB port.
Videos shot on the camera can go upto 3K resolution. The video can also be streamed directly to any popular video platforms such Facebook and YouTube, or saved on the phone. This can help any of you Vloggers out there as well.
Details about its release date and pricing haven’t been revealed yet by Huawei. You can however learn more about the camera at the Mobile World Congress going on right now at Barcelona, Spain.