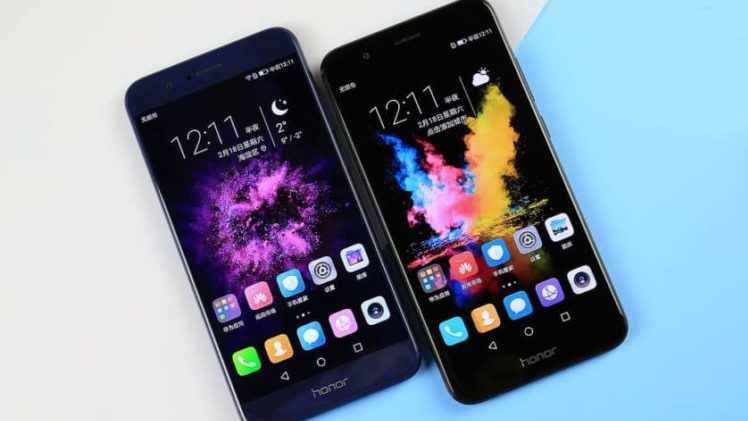 Huawei’s sub-brand Honor has announced its flagship smartphone for 2017 in China which will eventually make its way to other markets as well. The Honor V9 is goes toe-to-toe with the Mate 9 Pro featuring the absolute best in terms of specifications.

The display employs a QHD 5.7-inch LTPS IPS panel, better than the one on the basic Huawei Mate 9. It sports a metal chassis with a 2.5D glass at the front. On the OS front, the phone comes with Android 7.0 Nougat with Huawei’s EMUI 5.0 skin on top.

Under the hood is the high-end 2.4 GHz Kirin 960 chip with its two quad-core clusters. Covering the memory front is a spacious 6 GB of RAM, and either 64 or 128 GB of storage, expandable via a hybrid dual-SIM slot.

At the back, as expected, sits a 12 + 12 MP dual-camera setup with a monochromatic and an RGB sensor, along with 4K video, LED, and fast laser autofocus. At the front you’ll get an 8 MP f/2.0 sensor.

Connectivity includes a USB Type-C port, 5 GHz dual band Wi-Fi with Bluetooth LE. The Honor V9 will be available in Midnight black, Flame Red, Platinum Gold and Aurora Blue colors. Sales will kickoff by the end of this month, with price starting at $377 for the 4 GB, 64 GB version, going up to $510 for the top-most variant.