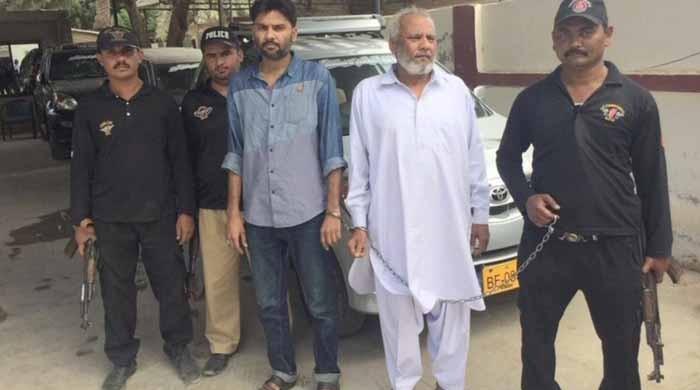 National Accountability Bureau (NAB) arrested an ex-police constable, Mohammad Yousuf and his son, Arif Yousuf from Hyderabad on Monday. They were charged for hiding millions in cash, gold and property documents.

Details About The Hidden Goods

The officials carried out the raid in Latifabad number 9 where international currency, including 20 million Irani Riyal and 745 Saudi riyal, were found along with 3.8 million Pakistani rupees, 1.2 million rupees worth of prize bonds and 39 tola of gold.

Furthermore, the suspects held accounts in 20 different private banks and had accumulated 20 to 70 million worth of cash over the years. The suspects also revealed property deeds for various plots all over Hyderabad, including a marriage hall worth Rs. 30 million.

The investigating officials also found about ten vehicles worth a staggering Rs.14.3 million.

Was Discharged Earlier on Corruption Charges

Another astonishing fact is Muhammad Yousuf had already been discharged from his position of Head Constable on corruption charges while his son was still an active member of the force as a police constable for the Sindh Police before the arrest.

It has been revealed that these two have been working in league with other government officials, acting as middlemen for all their nefarious activities such as buying properties in their names. These two also worked in the money laundering process for some officials.

Will Help The Police Arrest Others

The NAB officials also went so far as to say that the accused and now arrested people have agreed to help the police in arresting the government officials who took help from them in the money laundering and other illegal activities.

Both father and son appeared before the accountability court on Tuesday in Hyderabad for issuance of their remands.