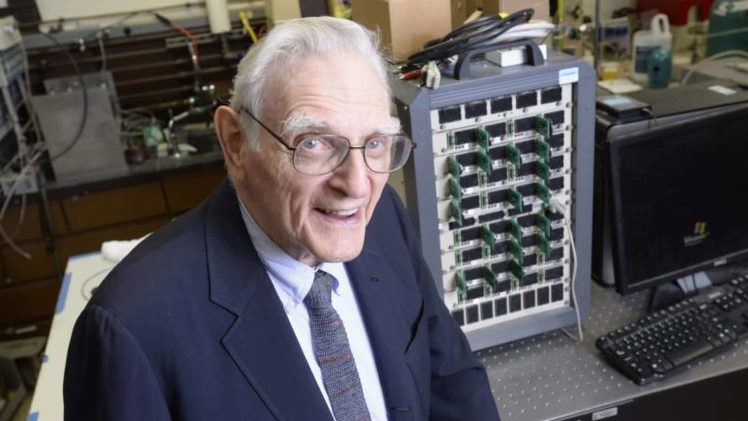 Austin, Texas has once again seen the invention of a groundbreaking piece of technology – the first all-solid-state batteries that might just result in faster-charging, longer-lasting rechargeable batteries like those used in phones and other gadgets, electric cars, and stationary energy storage.

These batteries have been co-invented by the same person who invented the lithium-ion batteries, Dr. John Goodenough, a professor at the Cockrell School of Engineering at the University of Texas at Austin. The other inventor was a senior researcher at the same institute, Maria Helena Braga.

These batteries are low-cost and all-solid-state with a long battery life (cycle life). They have a high volumetric density and very quick rates of charge as well as discharge. The co-inventors detailed their new invention in a recent issue of the Energy and Environmental Science journal.

Goodenough was very confident about his recent technology and said that it would solve many of the problems that users face with the existing batteries. He also said that to have battery-driven cars to be more widely used the cost, safety, energy density, rates of charge and discharge, and battery life are very important factors.

Both the inventors went on to show that their new technology had as much as three times more energy density than Dr. Goodenough’s lithium-ion batteries. This is very good since a battery cell’s energy density gives the vehicle its driving range and thus a higher range means that the car can be used for more miles between charges.

The way the battery has been made makes it possible for charging to take minutes rather than hours and it also lasts longer with a the increased number of charging and discharging cycles.

Currently, lithium-ion batteries make use of liquid electrolytes to move the lithium ions between the anode (negative side) and the cathode (positive side). If, however, a battery cell is being charged too quickly it might cause dendrites (“metal whiskers”) to form which will cross the liquid electrolytes and result in a short circuit that will cause explosions and/or fire.

Rather than use liquid electrolytes, the two now relied on glass electrolytes allowing them to use an alkali-metal anode without the fear of the formation of dendrites. The alkali-metal anode (lithium, sodium, or potassium) isn’t possible with traditional batteries and this also increases the energy density of the cathode and makes the battery life longer.

In the experiments they conducted the researchers have found more than 1200 cycles with low cell resistance.

The glass electrolytes are also good for conductivity even at -20 degrees thus allowing the cars to run well in subzero temperatures too.

The battery is also advantageous because it can be manufactured by earth-friendly materials such as sodium which is commonly available because of its presence in seawater.

The two researchers are currently working on patents and trying to work with battery makers to be able to test these batteries in electric vehicles and energy storage devices.