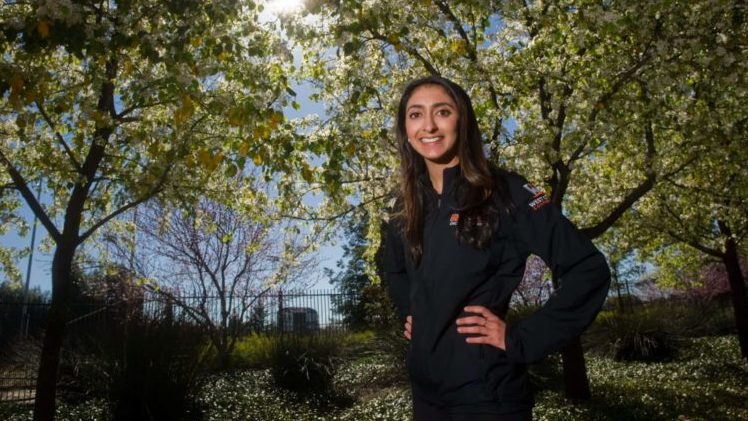 Myra Lakdawala, a student who is completing her studies at the University of the Pacific in America, has set a new record for her country Pakistan during her stint as a track runner for the varsity team.

During the Johnny Mathis Invitational in San Francisco a week ago, she has clocked in a new record for Pakistan. She did not manage to bag the first, second, or even third prize but accomplished a bigger feat nonetheless.

Her time of 19 minutes and 3.01 seconds for the five-kilometer race put her in the 20th place out of 33 participants from universities and colleges all over Northern California. Lakdawala herself is from the University of the Pacific in California.

To her, however, the time she managed to complete the race in is significant for her as it means that she has accomplished something for her country and the Ismaili community that she belongs to.

Myra Lakdawala has beaten the previously set record of 19 minutes and 07.61 seconds set by Olympic runner Sumaira Zahoor ,while her own record of 11 minutes and 18.96 seconds in the 3000 meter race has stood unbeaten since July 2012.

She is one of the first women to be representing Pakistan in the NCAA (National Collegiate Athletic Association) and her record is a great feat for a country which does not have a tradition of exporting student-athletes.

“In Pakistan, you don’t have a lot of athletics for women, so when I’m home I’m admired for that. I can help little girls improve. I can help the youth in a lot of ways because they helped me do so.” – Myra Lakdawala

She was so exhausted after finishing the race that she fell to the ground in tears without realizing what exactly had happened. However, her happiness hasn’t receded since then and she is struggling a little to come down from the high of the race and actually focus on her studies again.

Lakdawala was born in Chicago but moved to Karachi, Pakistan with her parents and attended the Karachi American School and studied with the American curriculum all her life. An American coach trained her and she ran competitively for him.

She ran 12½ laps around a 400-meter track at San Francisco State’s Cox Stadium on February 25th, and in the process, set a new record for a Pakistani track runner.

“I hope that I can accomplish more and that this is not it. I look forward to finishing the season strong and accomplishing more.”