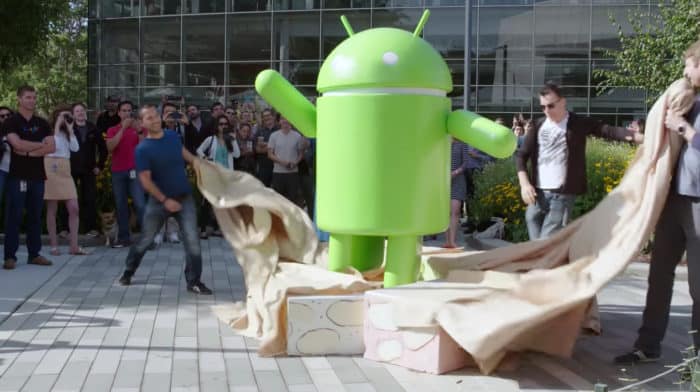 More than six months after its release, Android’s latest Nougat offering is finally getting much-needed traction in terms of its market share.
According to the latest figures released in March, Android Nougat captured 2.8% of the market. That doesn’t sound much but its more than double the 1.2% share it had in February.
The rise in market share is not a surprise, as most of the major Smartphone companies are moving on to Android Nougat from Marshmallow, including the Galaxy S7 duo as well as the Moto G4 line. With time, as the update rolls out to further phones, Nougat’s market share will only go up.

Marshmallow and Lollipop Not Dying Any Time Soon

It wouldn’t take the lead anytime soon though. For one, Nougat’s predecessor Marshmallow is also seeing more penetration in the market, currently standing at 31.3% from 30.7% last month. Android Lollipop, the “Windows 7” of the Android world, decreased in size slower than the growth of Nougat dropping to 32.5%, from 32.9%
Meanwhile, the older OS versions are dying but not quickly enough, with KitKat claiming 20.8% of the market and Jelly Bean standing at 10.6%. The OS versions which originally catapulted Android into the mainstream, Gingerbread and Ice Cream Sandwich, stand at 1% each. Whether they refused to upgrade or are old school when it comes to smartphone OS’s is unclear.

Android Nougat was first released in August last year alongside the LG V20. Its next major release, version 7.1, was released alongside the Pixel duo of smartphones.
However, even by Android’s terrible rates of adoption, Nougat has been an abnormally-stubborn case. Things could only get worse once the next OS version releases, though, until then there is still some time to take some ground.