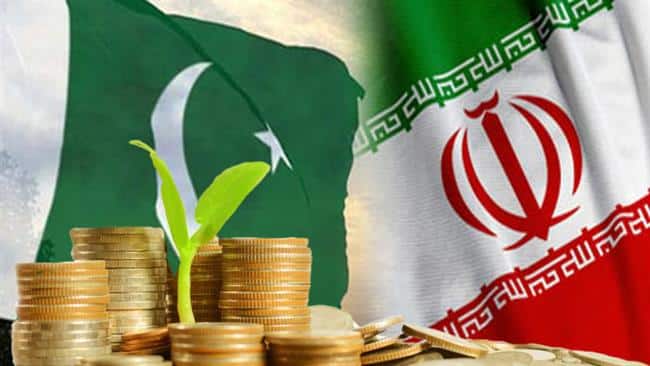 State Bank of Pakistan (SBP) and the Central Bank of Iran (CBI) are expected to sign an agreement next week for formally opening banking channels between the two countries. This could prove to be a huge step in streamlining trading activities between the neighboring nations.

Zubair Tufail, President, Federation of Pakistan Chambers of Commerce and Industry (FPCCI) revealed at a press conference on Tuesday that nearly all formalities for signing the draft agreement had been completed.

‘Hopefully first letter of credit (LC) for Iran trade will be issued in the first week of April 2017,’ he added.

He said that the agreement signing ceremony had originally been planned for March 17, but due to the New Year celebration in Iran, the ceremony was rescheduled. Iranian officials would now visit Pakistan next week.

Pakistan’s trade with its western neighbor has suffered a setback in recent years due to the economic sanctions that were imposed on Iran owing to its nuclear program. With most of those sanctions now lifted, several countries are in the process of enhancing trade and economic ties with Iran.

Mr Tufail stated that prior to the sanctions on Iran six years ago, trade between the two countries had stood at USD 1.5 billion; however, it was valued at only USD 261 million during the last fiscal year. Mr. Tufail believed that the pre-sanction level of bilateral trade could be restored during the fiscal year 2017-18, and hoped that their trade value could further be doubled to USD 3 billion in just three to five years.

Experts believe that Iran could become an important market for Pakistani exporters of various commodities. Iran is one of the larger economies in Asia, with a population of nearly 80 million.

Mahmood Maulvi, Chairman, Rice Exporters Association of Pakistan (REAP), stated that around 30,000 tons of Basmati Rice would be exported soon to Iran after the agreement is signed between the two central banks. He revealed that Iran was facing a rice shortage, and while India had captured the Iranian market during the sanctions years, this is the time for Pakistani exporters to make their mark.