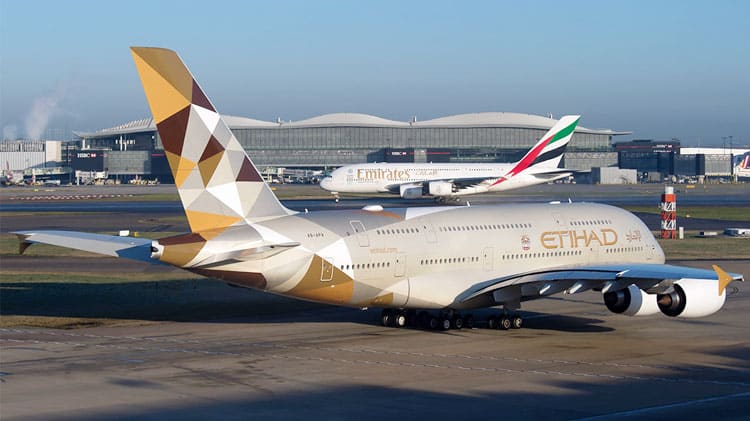 CEO said that the government of Pakistan has been requested to restrict the number of flights for these deep-pocketed Middle Eastern airlines into Pakistan so that it can help PIA manage its price-war with these airlines.

PIA’s CEO, while speaking with Reuters, said that national airline is losing Rs. 3.1 billion a month while the market share for Emirates, Etihad and Qatar has been on the rise.

“For us, it is very difficult to compete with the Emirates,” Hildenbrand said while adding that Middle Eastern-carriers offered better and cheaper services, whereas PIA is struggling to modernize its 35-plane fleet due to a lack of funds.

PIA therefore needs help from the government, including possibly putting “some limitations on the open-sky policy”, he said.

Mr. Hildenbrand explained that even European countries don’t open up their sky for unlimited flights. “This is something that Canada has already done”, he said.

“I am not against competition, but unlimited competition is not possible”, he was quoted as saying.