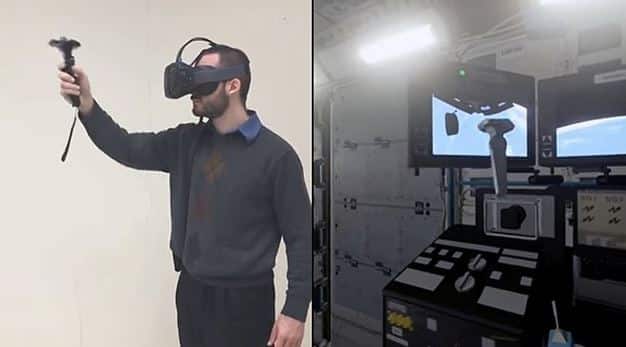 NASA has an extremely difficult job when it comes to training astronauts for space. There is nothing like a real-life space environment that can be created on earth, nor can astronauts be taught in space itself for obvious reasons.

Up till now, NASA had relied on schemes like physical mockups, zero-G “vomit comet” airplane rides, neutral buoyancy (underwater), etc. for training astronauts for the International Space Station. All of these are either very costly or not very practical for training a large number of astronauts.

So, what does one of the most advanced space agencies in the world do? They turn to the world of entertainment — virtual reality and game-like simulators.

NASA has partnered up with Epic Games to develop a life-like simulator, using the company’s popular Unreal Engine suite of tools. The simulator opens up new options for NASA and lets them train astronauts for maintenance in an accurate, simulated zero-G environment.

The simulator is said to be extremely realistic and uses cutting edge graphics and physics simulations to increase the sense of presence, according to NASA Software Engineer Matthew Noyes. It uses HTC’s Vive control wand for interacting with objects. There is even a crane, known as the “active response gravity offload system”, that will help fly the astronauts around to simulate zero, lunar or Mars gravity.

The better the system, the better the astronaut’s ability to respond to situations in the real world. They have also unveiled a video, depicting how the simulator would work.

This isn’t the first time NASA has delved into virtual reality; they also made a virtual reality-based game for Oculus called “Mission: ISS” that lets you perform mission-critical tasks.

Virtual reality has come as a brilliant new technology, opening up extraordinary new options for a lot of professions. Surgeons can use virtual reality to practice operations, architects can tweak and improve their designs, and now, it’s even being used for space exploration.