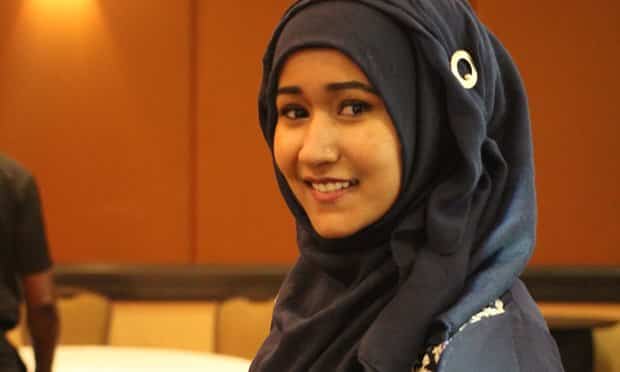 A 19-year-old American student recently came up with perhaps the most effective tool yet to counter Islamophobia: an elaborate document comprising 712 pages that proves Muslims condemn all sorts of terrorist attacks, and are vocal enough in their condemnation.

It all started during history class at the University of Colorado when Heraa Hashmi faced a verbal attack from a classmate because of her faith. The classmate declared,

“Not all Muslims are terrorists, but all terrorists are Muslims,” and further claimed that Muslims did not condemn terrorism enough, and not enough of them were making a stand against it.

Hashmi decided to counter this claim with proof. So, after elaborate research, she made a ‘712-page list of Muslims condemning things with sources’ using Google spreadsheets. The document lists nearly 6,000 instances where Muslims condemned terrorism and related crimes, and can be viewed here.

‘I wanted to show people how weak the argument [that Muslims don’t condemn terrorism] is,’ she explained.

Hashmi shared a tweet about her document which made a huge impact; it was retweeted over 18,000 times, and brought her list into prominence. Two of her followers on Twitter even volunteered to help make a website out of her research. Soon afterwards, MuslimsCondemn.com was up and running. The website is regularly updated to include Muslims’ responses to terrorist acts.

Hashmi believes it is unfair to expect Muslims to offer apologies for every terrorist attack. She is adamant that Muslims are ‘held to a different standard than other minorities: 1.6 billion people are expected to apologize and condemn [terrorism] on behalf of a couple of dozen lunatics. It makes no sense.’

She further explains, ‘I don’t view the KKK or the Westboro Baptist church or the Lord’s Resistance Army as accurate representations of Christianity. I know that they’re on the fringe. So it gets very frustrating having to defend myself and having to apologize on behalf of some crazy people.’

Source and Picture credit: The Guardian