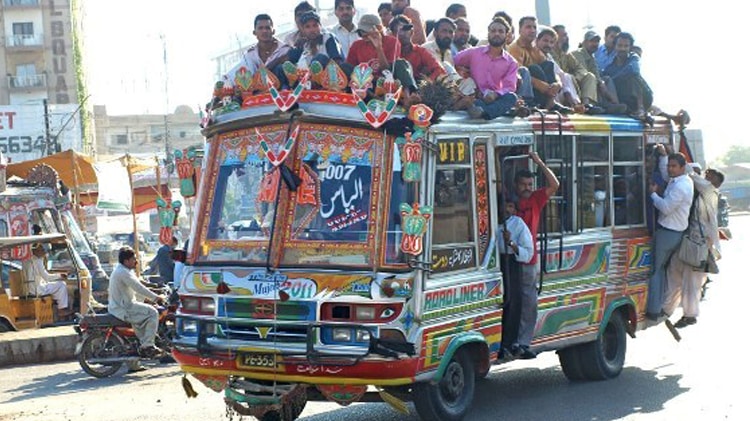 There’s some good news for Karachi – the new Chief Minister Murad Ali Shah has announced that the provincial government is allocating a Rs.2 billion subsidy to transporters to launch a fleet of 600 new vehicles for public transport. This is in response to the growing demand of passenger buses in Karachi.

Due to shortage of around 8000 buses in the city, a new system was being developed to add at least 600 buses to the current fleet of passenger buses to meet the requirement of the city, said the transport minister. Bus Rapid Transport will also be launched after this project is completed.

The government vows to assist the transporters with subsidies for a period of five years, the CM said.

He added, “The government will give a subsidy of Rs 2 billion to be distributed through Sindh Modaraba (a Sindh Government owned company)”.

The transport department also proposed to start an intra city project under the same mechanism as the inter city project. Under the proposal, the Sindh government is going to meet the cost of vehicles’ insurance through Sindh insurance ltd. That would constitute around 5% of the worth of vehicle.

It was stated that only locally assembled cars would be financed. Also, if the transporter managed to repay installments on time and maintained the vehicle and made all the dues and met obligations, the Sindh government would let go off 15% of the cost of the vehicle.

In a presentation about Blue Line BRT, the Transport minister Nasir Shah said it will stretch from Al Asif Square to Golimar. It will be a 12-kilometer-long track, he said. 9 stations are planned including five stations on 6.6 kilometers long elevated tracks. He also stated that this scheme will enable 375,000 people to commute on a daily basis.

The CM directed the transport department to begin the plan, fulfill all the requirements and go ahead and launch the projects as soon as possible. The Sindh government assured that it would assist the transporters both financially and administratively.