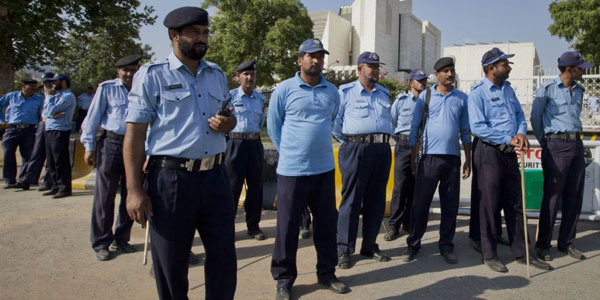 Islamabad Capital Territory (ICT) Police has arrested more than 16,000 beggars from the capital since the start of 2015, according to data recently issued by the Ministry of Interior.

The data revealed that in 2015, ICT Police arrested 13,395 beggars from Islamabad while a further 2,928 beggars were arrested from January to November in 2016.

Many of these beggars were reportedly sent to welfare and rehabilitation centers, including Edhi Home. However, criminal proceedings were initiated against habitual offenders, and they were sent to judicial custody at Central Jail, Adiala, Rawalpindi, under West Pakistan Vagrancy Ordinance, 1958.

The campaign launched by ICT against begging since June 2013 has considerably reduced begging in Islamabad, according to the ministry. As a result, the Federal Capital has performed better than the adjoining districts in countering begging.

Other measures to restrain begging in Islamabad include the establishment of a control room at Rescue-15 to monitor the progress of the check posts at various critical points in the city. These check posts have specifically been instructed to keep a vigilant eye for professionals dropping off children in vehicles to beg in markets all day.

The Federal Capital has further been divided into ‘beats,’ each of which has experienced officers patrolling the area for begging activities. A monthly security duty program against begging is also being issued under the supervision of the concerned Zonal SP and Supervisory Duty Magistrates.