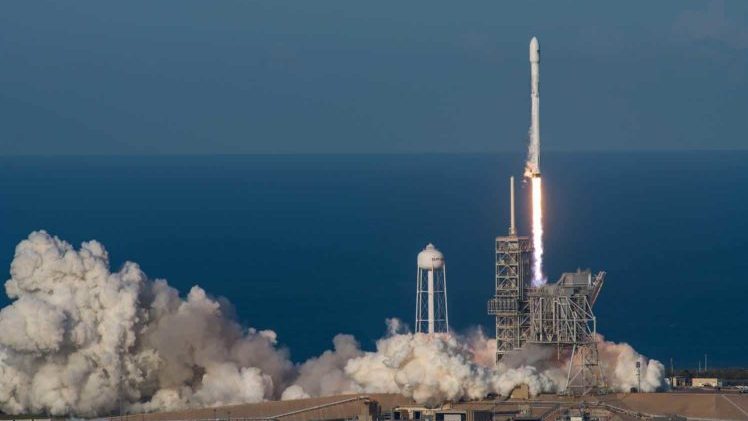 SpaceX (short for Space Exploration Technologies Corporation), the company owned by billionaire technologist Elon Musk, has managed to relaunch a used Falcon 9 rocket. This is a major milestone for space travel, since this is the first time in history that a rocket can be used multiple times.

The private aerospace manufacturer and space transport services company is known for a series of first time achievements over the last few years. And now it can add reusable rockets to its growing repertoire of achievements.

The Falcon 9 rocket was launched at 3:20 AM Pakistan time today (6:20 pm US time on Thursday) and landed the first stage rocket safely on a drone ship in the Atlantic Ocean as well.

To sum it up, SpaceX has landed the first stage rocket several times by now.

The rocket was launched from Cape Canaveral’s launchpad 39A which is a historical site for space shuttle launches including Apollo 11 involved in the first moon landing. SpaceX leases this site from NASA from time to time.

Elon Musk, the founder and CEO of the company said that he was at a loss for words, as the rocket touched down on the drone, marking a significant achievement for his company and space travel in general.

Why It was A Big Achievement for SpaceX

Here’s how the Falcon 9 worked.

The first stage of the launch propels the rocket into the upper atmosphere. Once it reaches its destination, the second stage rockets take over and push the payload further out.

Normally the first stage rockets (that contain most of the fuel and engines for the rocket) are destroyed on their way back to the ground, however, SpaceX managed to safely land the same rocket back to Earth. By achieving this, so much time and costs can be saved with regards to rocket launches.

SpaceX predicted that recycled first stage rockets could reduce the cost by 30%. That is $40 million instead of the usual $60 million it could normally cost.

Things haven’t always been easy for SpaceX though. One of the Falcon 9 rockets exploded a few minutes after its launch back in 2015. Another one blew up a few days before its launch was scheduled.

But learning from its previous mistakes, SpaceX has indeed done the impossible with its recycled first stage rocket launch (and subsequent landing).