The number of 3G and 4G users in Pakistan reached 38.962 million by the end of February 2017 against 38.269 million by January 2017, Pakistan Telecommunication Authority (PTA) documents have revealed.

Overall Mobile phone users in Pakistan reached 137.791 million by end of February 2017 from 137.095 million by end of January, which registered an increase of around 0.696 million during the period under review.

According to the PTA documents available, the number of mobile users on Jazz reached 51.876 million by end February 2017, as compared to 51.534 million by end of January 2017. 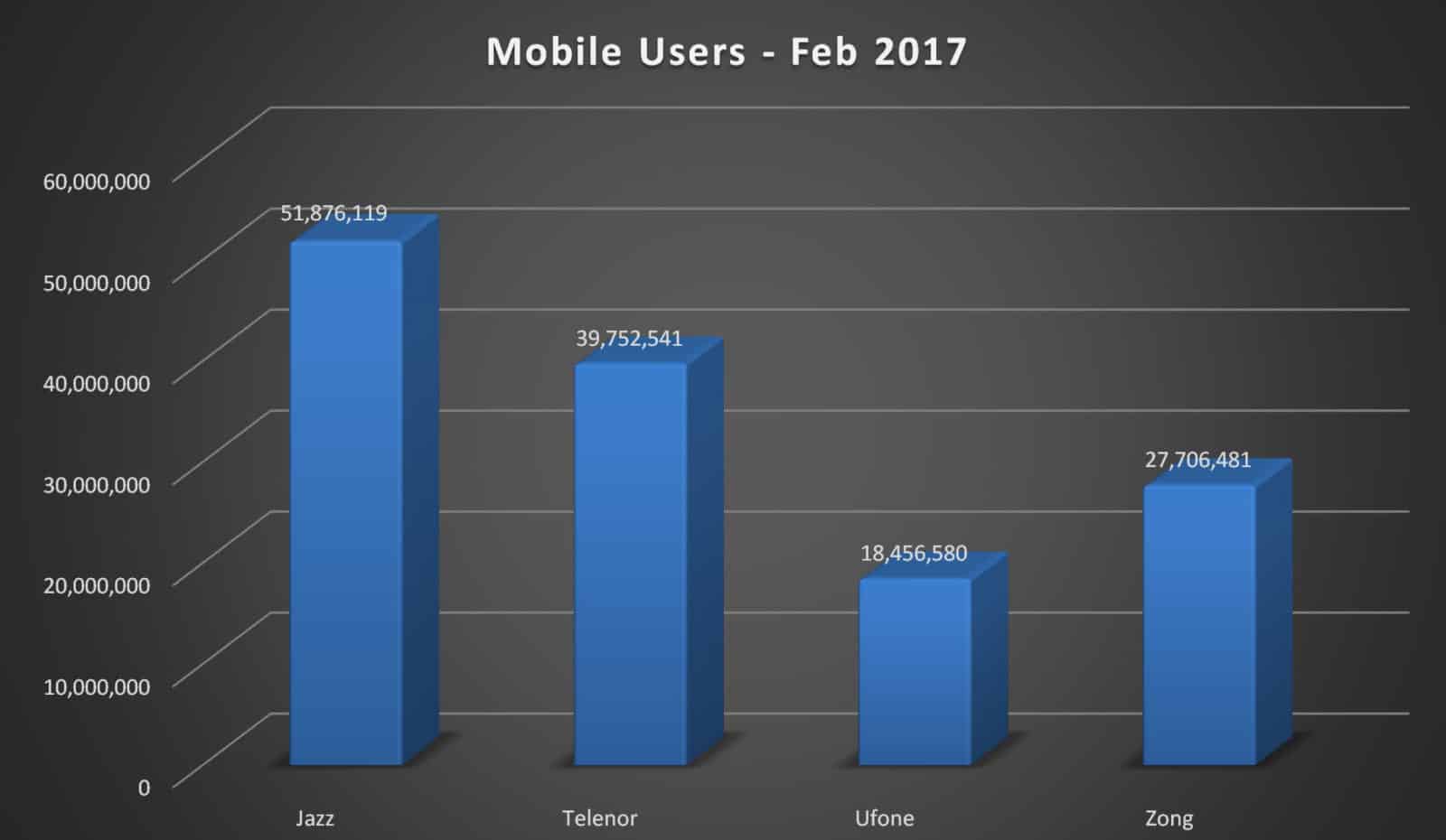 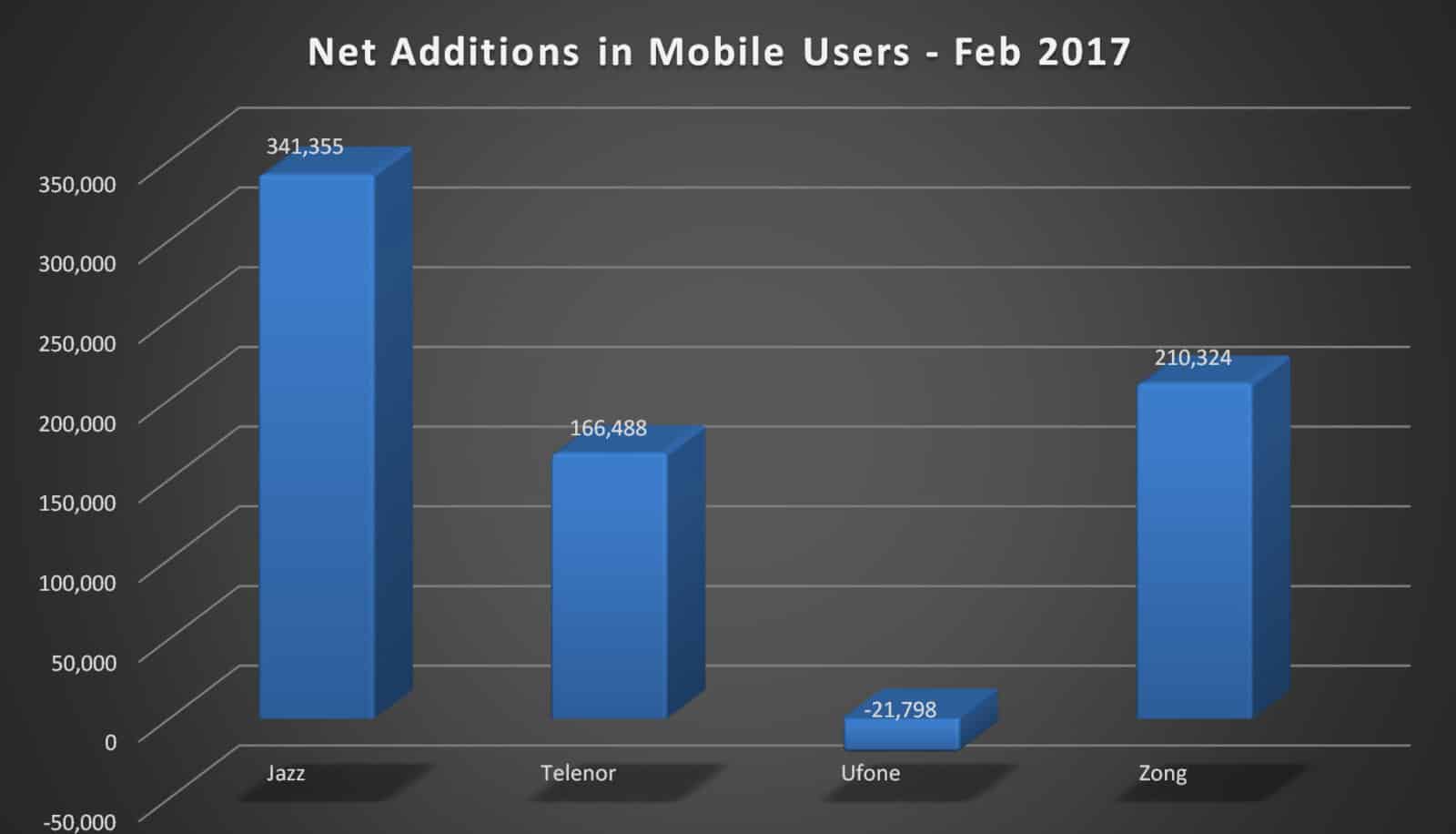 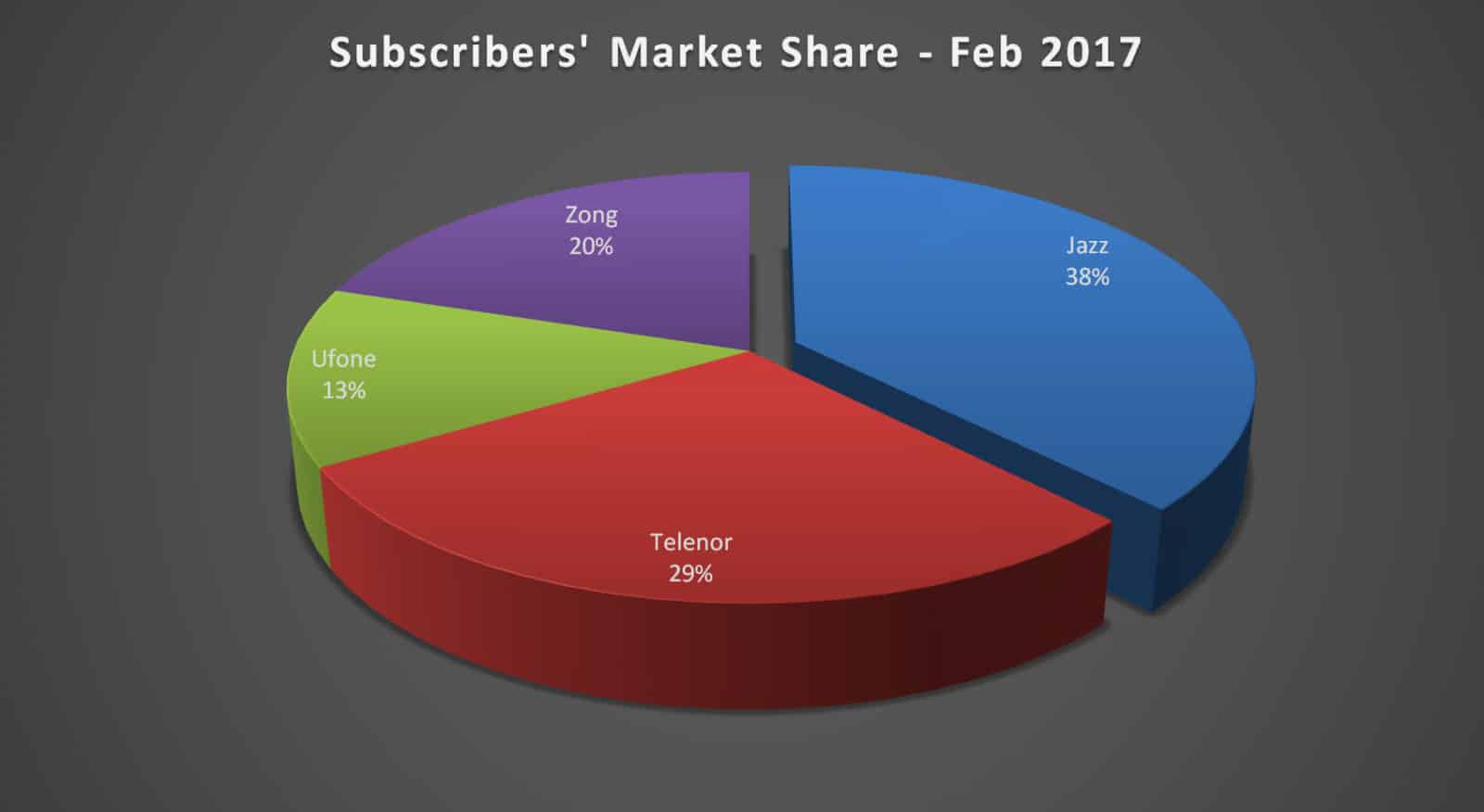 We aren’t sure about how Ufone will be doing in few months from today, but it’s consistently on decline for 3G users or otherwise usual mobile subscriptions. It lost couple of hundred 3G subscribers to settle February 2017 with 4.8 million 3G users. 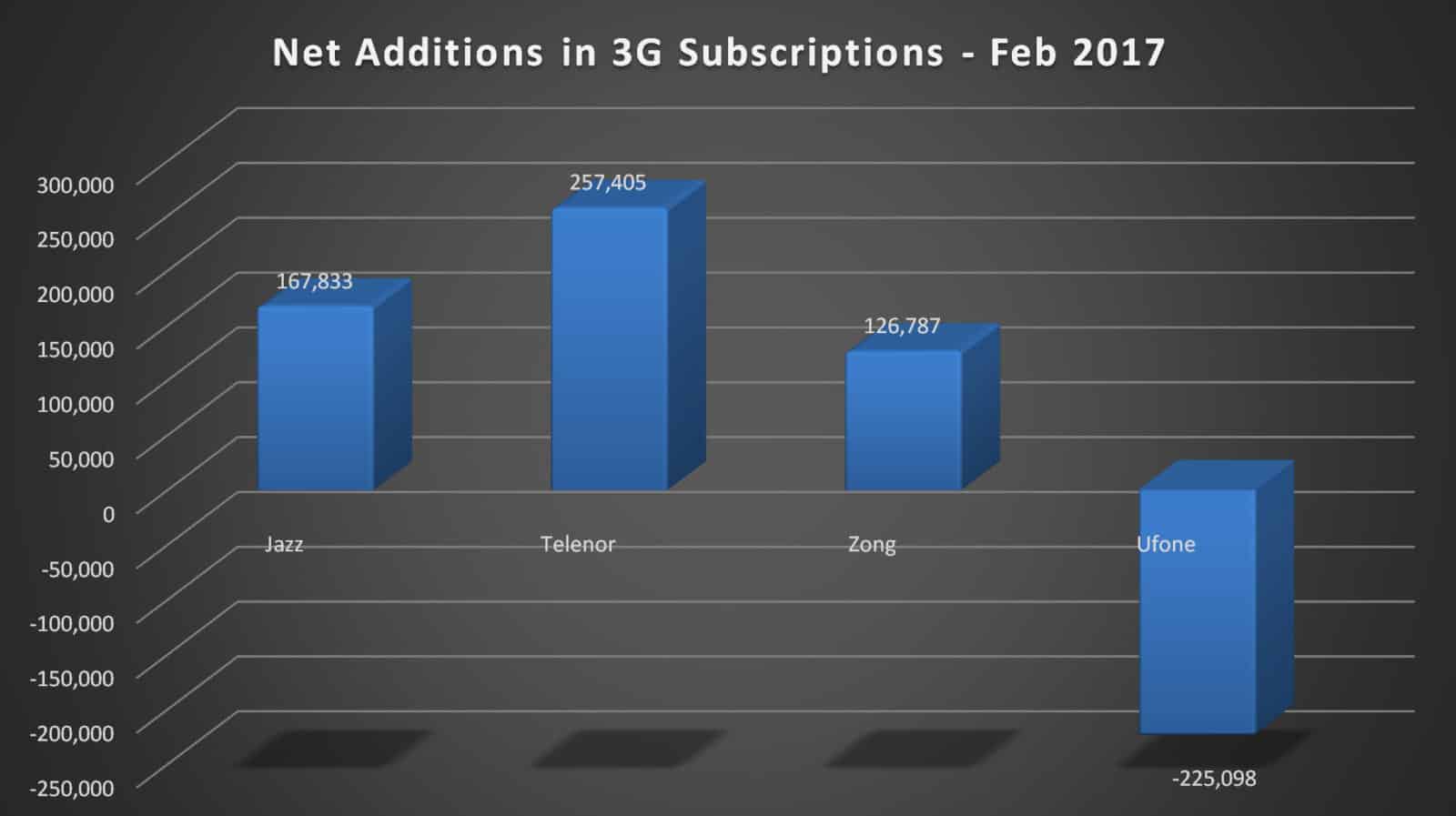 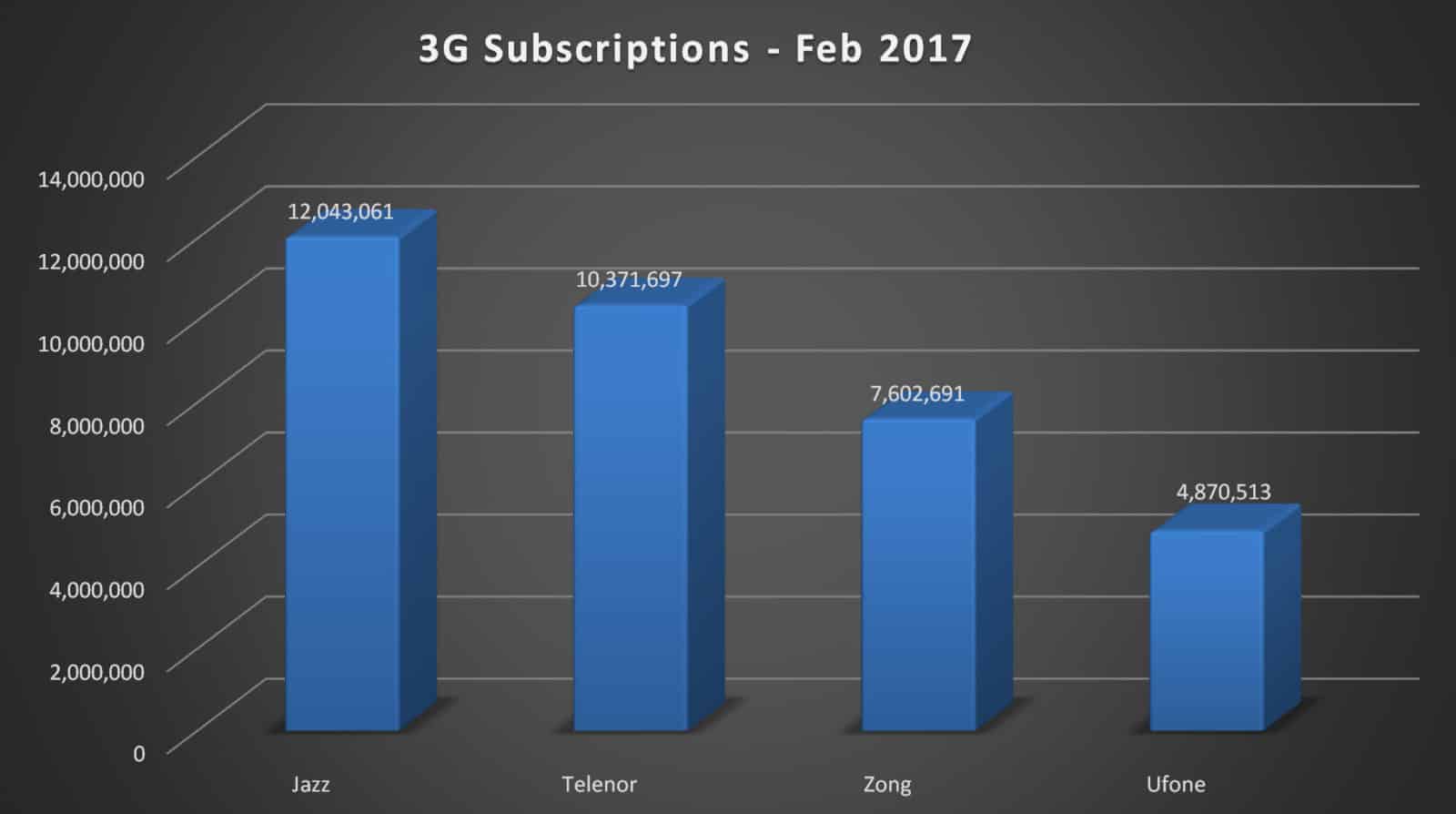 Zong tripled its 4G subscribers in six months and crossed 3 million mark for 4G subscribers, up from just 789,824 4G users six months ago. Zong sits strongly as largest 4G player with more than 75% marketshare and is adding notable new subscriptions every month.

Not to mention, Zong’s strong foothold in 4G is primarily built on 4G Dongles and MiFi devices that consumers are increasingly using as mobile internet or at times their primary internet connection. 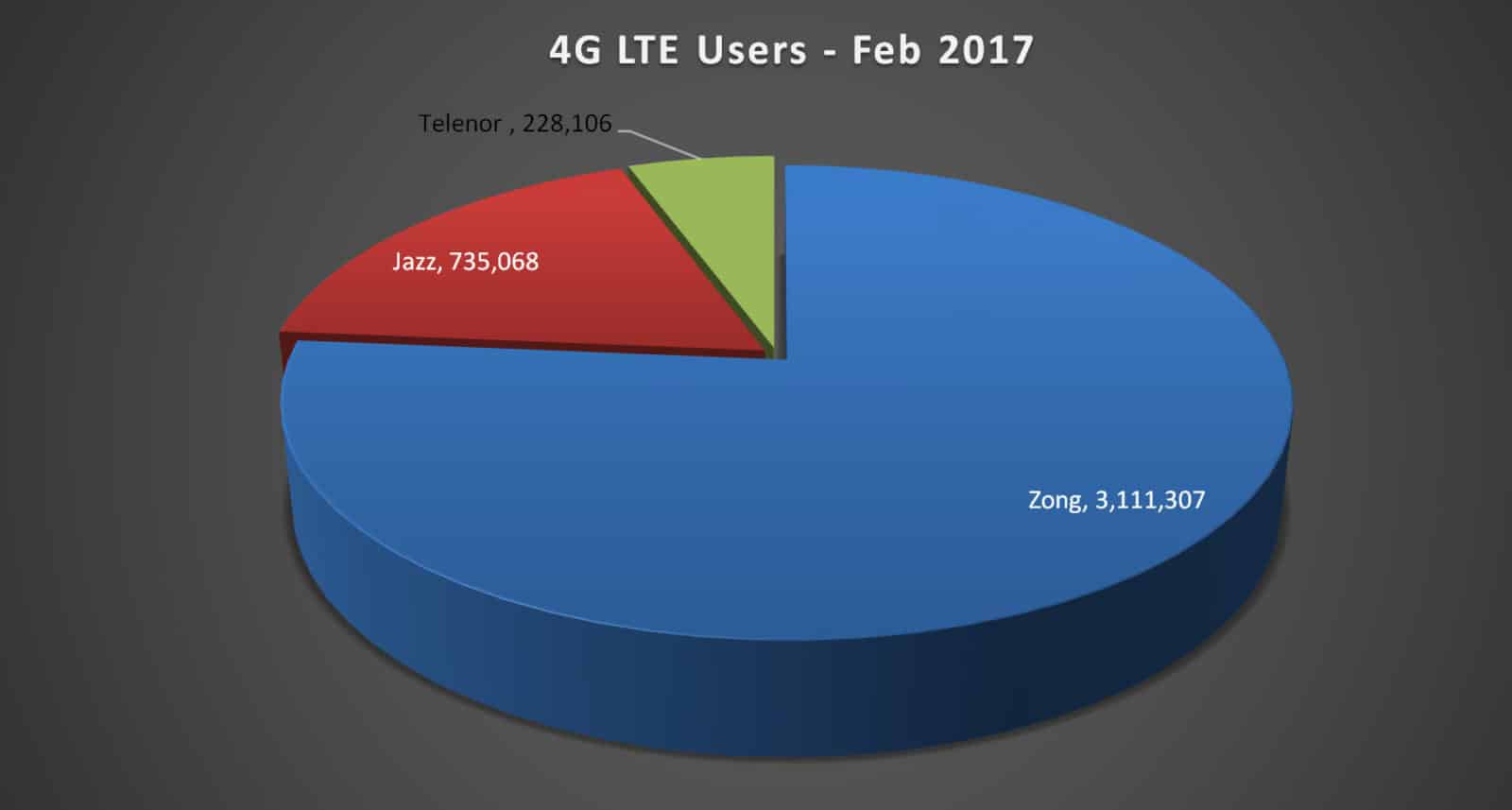