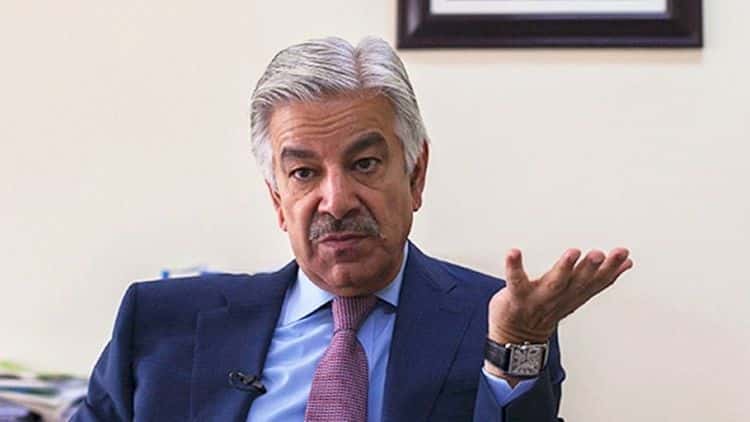 As the sweltering summer season approaches, the Ministry of Water and Power begins its usual claim of “improving loadshedding situation as water levels rise in coming weeks”.

Yesterday, the Minister of Water and Power, Khawaja Asif broke the news that Pakistan is facing a massive electricity shortfall of 5,420 megawatts. However, he attributed all “unscheduled loadshedding” due to the high temperatures that the country is currently experiencing.

A few days ago he blamed low water levels at major dams as the reason for the electricity shortfall.

While speaking at a news conference that was called following a massive power blackout in Karachi, the minister said that circular debt stands at Rs. 385 billion (excluding gas companies) by the end of last month. He compared it with the situation in 2013, where circular debt was Rs. 441 billion (including the gas companies).

He refrained from answering how much debt was owed to the gas companies and OGDCL. Experts seem to suggest that the circular debt situation is actually worse than before.

Khawaja Asif revealed that the current demand stands at 17,970 MW, which is 2,370MW higher than the same time last year. It was also notified that production had also increased over the year as it stands at 12,550MW, 1,000MW more than the maximum capacity in April 2016. In other words, he admitted that production capacity was still much lower than the rise in demand.

An official added that the current shortfall of 5,420MW meant electricity loadshedding of about 8 to 9 hours.

Read More: This is the Solution to Pakistan’s Energy Crisis

While discussing the current shortfall, the minister admitted that hydropower generation was lower over the past two weeks due to low flow of water and that multiple power plants generating 1,200MW had been shut down due to maintenance.

The minister said that around 4,000MW to 4,500MW of electricity will be added to the system by the end of April which should improve the loadshedding situation. He said that:

“This would help meet this additional (demand-supply) gap, but the normal gap of three-four hours will remain there.”

All the blame for the loadshedding was put on higher temperatures as the minister claimed temperatures in Islamabad, Peshawar, Lahore had been several degrees higher than the same time last year.

He admitted that loadshedding times had reached 10 to 12 hours in some areas and that this would continue because such places are high-loss and revenue zones for WAPDA due to electricity theft.

Khawaja Asif said that WAPDA is removing transformers from such localities where electricity theft is common.

The minister declined to comment on the reports that the government had been overcharging people and has earned Rs 228 billion. However, he said “the matter is now before the court, and we will state our position there.”

Khawaja Asif rejected any speculation regarding the loadshedding being caused due to non-payments to IPPs. He informed the media that these plants added a record 8,000MW to the system yesterday while public sector companies produced record-breaking 2,836MW. Hydro-electric production was only slightly better than last year, however, and stood at 2,100MW.

The power minister said that total payables to IPPs are Rs. 163 billion, including the Rs. 56 billion owed to PSO. Another Rs. 54 billion will also be paid to the IPPs as capacity charges.

Following that, he made a debatable comment on the loans. He said that excluding what PSO and the IPPs owed each other, the government has to pay Rs 161 billion but Rs 69 billion that amount was under litigation between the government and the IPPs as interest payments, which leaves behind only Rs. 92 billion.

The minister claimed that those Rs 92 billion don’t have to be paid in cash as the agreement allows the IPPs to draw the money from the banks which would make the government pay through a 4% charge on these credits.