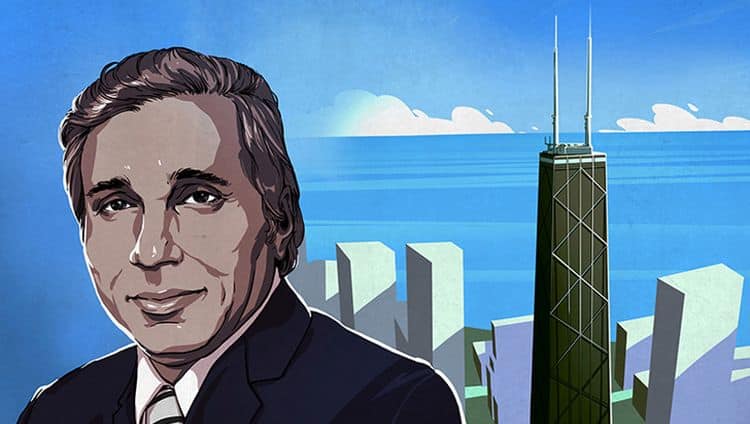 When New York’s Empire State Building became the tallest building in the world in 1931 (381 metres), few had considered that skyscrapers could ever become financially feasible, considering the dangers of large structures and the lack of returns.

However, all that changed when a Muslim engineer, Fazlur Rehman Khan came up with a design leading to hundreds of skyscrapers that we see today.

His revolutionary tube design laid the foundation of today’s tallest buildings and earned him titles like the “Einstein of structural engineering” and “Greatest Structural Engineer of the 20th Century”.

An engineer from a rural area near Dhaka, Fazlur Rehman was born in British India (later East Pakistan and now Bangladesh). After completing his bachelors in civil engineering, Fazlur Rehman received a Fulbright Scholarship and another one from the then Pakistani government.

Khan’s unique breakthrough was ‘tube design’ which forever revolutionized how skyscrapers are supposed to be built. Unlike common structures which required building’s to be based on vertical pillars of steel, his design was based on vertical tubes of steel making a frame for the building.

This design was surprisingly rigid, and was more resilient to high wind speeds at such heights and earthquakes. It also enabled more space inside the building.

Khan was also a pioneer in using computer-aided design (CAD) for structural engineering.

Six years later, his former employer, Skidmore, Owings & Merrill, used his design to come up with the 110-story Sears Tower (now Willis Tower), which stood at 442 metres. That building remained the world’s tallest building for 22 years.

Although, Khan himself didn’t design most of the current skyscrapers, his design was used in most of the world’s tallest buildings like World Trade Centre. Kuala Lumpur’s Petronas Towers, Taipei’s Taipei 101 and Dubai’s Burj Khalifa (the tallest building in the world). All use a variant of Khan’s tube design.

Khan died in 1982 but his work still lives on in the skyscrapers that were based on tube design. When Burj Khalifa was completed in 2010, rich tributes were paid to Fazlur Rehman Khan on how he “changed both the economics and the morphology of supertall buildings”.

In 2009, Barack Obama mentioned Khan as an example of Muslim contributors in America. Yesterday, Google shared a Google Doodle dedicated to Khan’s work at his 88th birthday.