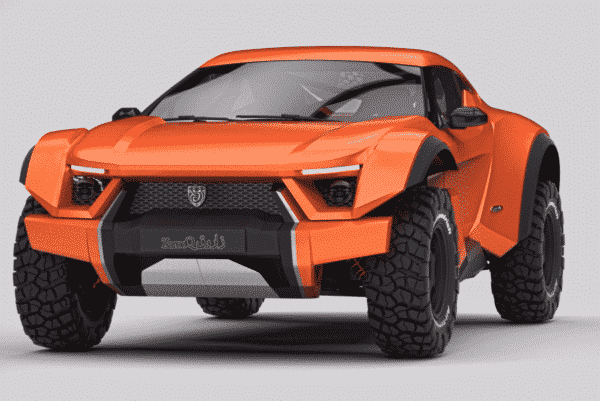 The market for Supercars is pretty saturated right now and it would be hard for any new entrant to duke it out with the likes of Bugatti, Lamborghini, Aston Martin, Ferrari, etc.

However, there never really has been a good contender for a Supercar for off-roading. A Dubai-based startup wants to change that with an ultra-expensive, monster of a car that is specifically designed for cruising over sand dunes found in the Gulf regions.

Zarooq Motors, based in Dubai, is a car manufacturing startup co-founded by Mohammed Al Qadi, Iannis Mardell and Bruno Laffite. Al Qadi and Iannis are both veterans in the motorsporting field with decades of experience while Bruno is an ex-racer coming from a family of racers.

The startup has unveiled a prototype of their $350,000 worth supercar. Called the “SandRacer”, it has been built and designed in the UAE and takes its names from the “Schokari sand racer”, the fastest snake in the desert. The car is designed to survive the toughest conditions.

“It was born in the sands of Arabia but can go anywhere in the world. It is the fruit of the love of driving and racing,” he added.

The Zarooq SandRacer is hand built and is powered by a 3.5-litre V6, which will have access to 500bhp. A prototype of the car will be unveiled later this summer. It will cost a hefty $350,000 and a Dakar Rally pack will also be available for an additional $100,000.