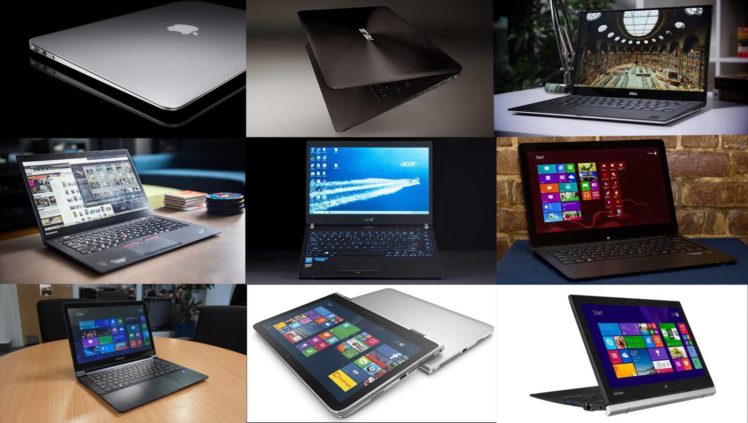 LaptopMag has been releasing its list of best laptop brands for the past eight years, with Apple topping their list since the beginning. As it happens, the lukewarm release of the new MacBook Pro series has changed the trend dramatically. 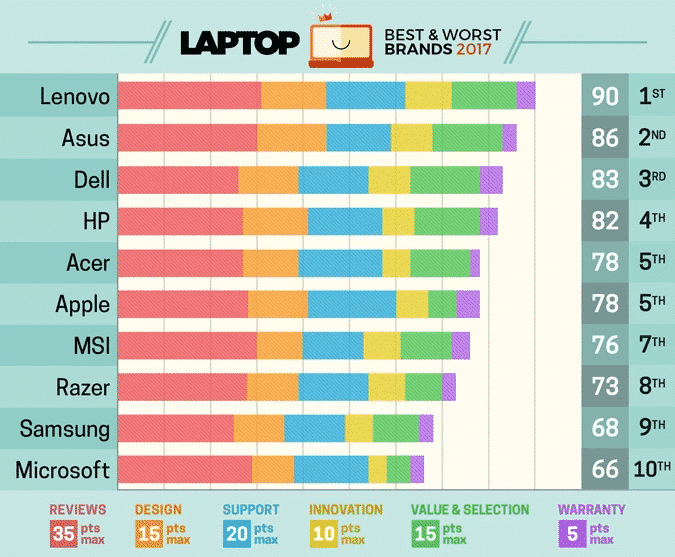 The best laptop brand was Lenovo this year around, which experienced a resurgence of its own after managing only 6th and 4th  positions in 2015 and 2016 respectively. Lenovo got a score of 90, ahead of Asus by 4 points which itself gained a spot 3 points above Dell.

HP and Acer made it to 4th and 5th with the latter tying with Apple. MSI, Razer and Samsung came after Apple, with Microsoft plummeting three drops to close the list at 10th. 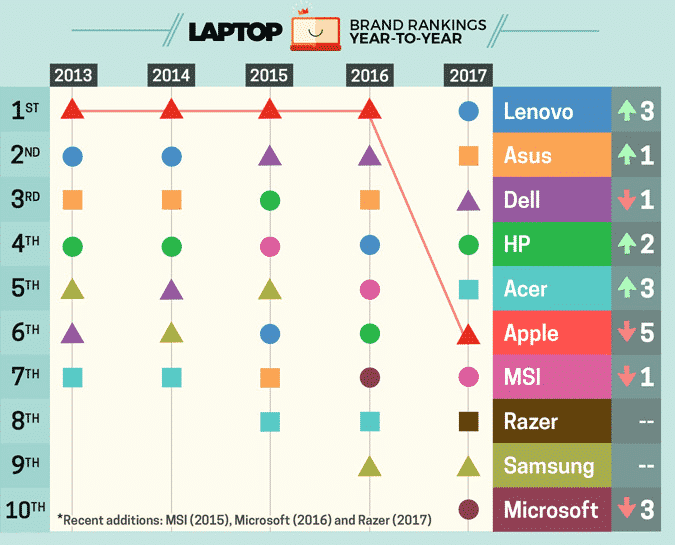 LaptopMag gives a score out of 100 after looking at several factors with different weight-age assigned to each category. The factors include reviews (35), support (20), design (15), value & selection (15), innovation (10) and warranty (5), in that order.

Why Apple Dropped in the Rankings

While Apple scored evenly across the table, it lost out in ‘value and selection’ category where it scored only 6 out of 15 (although, that alone wouldn’t have stopped Lenovo’s resurgence).

Apple’s decision to dub the iPad Pro as a replacement for cheap laptops, its reluctance to update the MacBook Air, as well as the interesting but ultimately mediocre touchbar were the reasons why Apple lost ranking.

The lack of ports in the productivity-based MacBook Pro systems, as well as a relative lack of variation in the laptop segment ultimately led to the company’s downfall. With its tussle with Consumer Reports regarding the battery life issues still fresh, it is clear Apple needs to go back to the drawing board if it has to bounce back.